England vs India: Rohit Sharma was named Man of the Match in the 4th Test for his brilliant century, but said that Shardul Thakur deserved it too for his all-round performance. 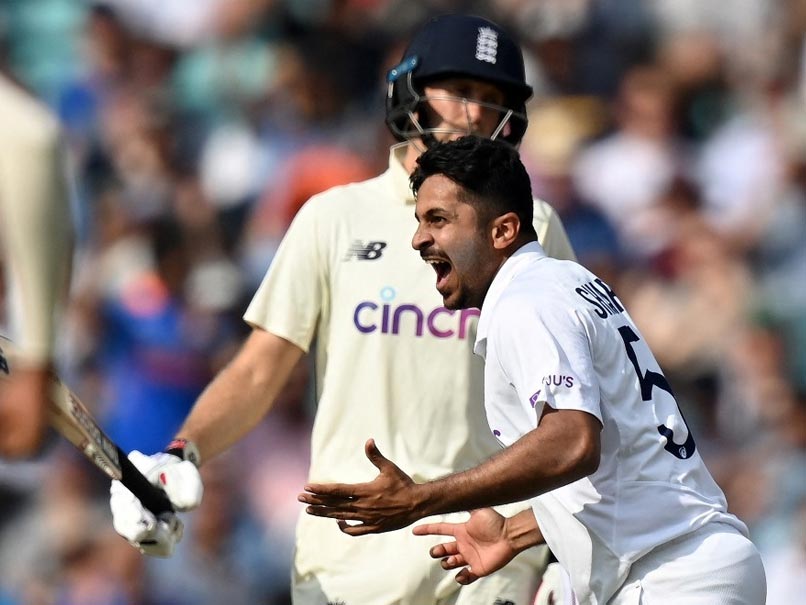 Opening batsman Rohit Sharma feels that Shardul Thakur should also have been named Man of the Match alongside him for the performances the all-rounder gave during the Oval Test against England. The Virat Kohli-led side marched to an emphatic 157-run win over England to take a 2-1 lead in the ongoing five-match series. Indian bowlers delivered big time on the last day of the fourth Test at the Kennington Oval on Monday as the genius of mercurial Jasprit Bumrah and all-round performance by Shardul Thakur in the match helped visitors in defeating England by 157 runs to gain a 2-1 lead in the five-match series.

This was also India's first win in Oval in 50 years.

"Very happy. Especially, when you are visiting any of these countries and you know that you are 2-1 up, you will take that any day," Rohit Sharma, who scored an invaluable 127 in India's second innings, told bcci.tv.

"It shows the effort that we have put so far in the series and this is not the end, we know there is one more match to go at Manchester," he said.

"Hopefully, all of us, not just the batting and bowling unit, the entire group can put their foot down and just work towards the goal that we want to achieve as a team, I think we can pull this off. We have done some amazing things on this tour, I still believe we can finish on a high but of course, we need to do things in the manner we have done so far," he added.

In the fourth Test, Shardul scored fifties in both innings and he also went on to take two crucial wickets, including that of Joe Root in the second innings which led to England's collapse and Team India's win.

"I thought Shardul's was a match-winning effort. To be honest, he deserved the Man of the Match as well for the performance he put. A crucial breakthrough for the team when England were 100 without loss, getting that crucial breakthrough was very important and then getting the wicket of Joe Root as well, he came in and got the wicket," Rohit Sharma said.

"How can we forget his batting, to come in and score 50 off just 31 balls in the first innings says a lot, he loves his batting and he has worked hard on it, I have seen him over the years.

"He wants to prove a point that he can bat and can give us momentum-changing innings as well. Yes, I got the Man of the Match, but I really feel he should have been part of that as well," he added.

With the conditions good enough for batting, England openers got the hosts off to a decent start, with both scoring fifties, however, Shardul came into the attack and got rid of Burns in his first over of day 5.

Thakur, who was part of the Indian quartet in scoring more than 50 runs in the second innings, also dazzled with the ball as he sent back Joe Root to the pavilion later.

Hosts were still in the game until just after lunch on Day 5 when Jasprit Bumrah produced a glorious spell to give India a real shot at victory. India and England will now face off in the fifth and final Test, beginning September 10 at Manchester.

Rohit Sharma Shardul Thakur Cricket
Get the latest updates on IND vs NZ 2021, check out the Schedule and Live Score . Like us on Facebook or follow us on Twitter for more sports updates. You can also download the NDTV Cricket app for Android or iOS.