England vs India: Paul Collingwood, England assistant coach, said it would be "a little bit harsh" to say that Virat Kohli-led Indian side is playing the Australian brand of cricket. 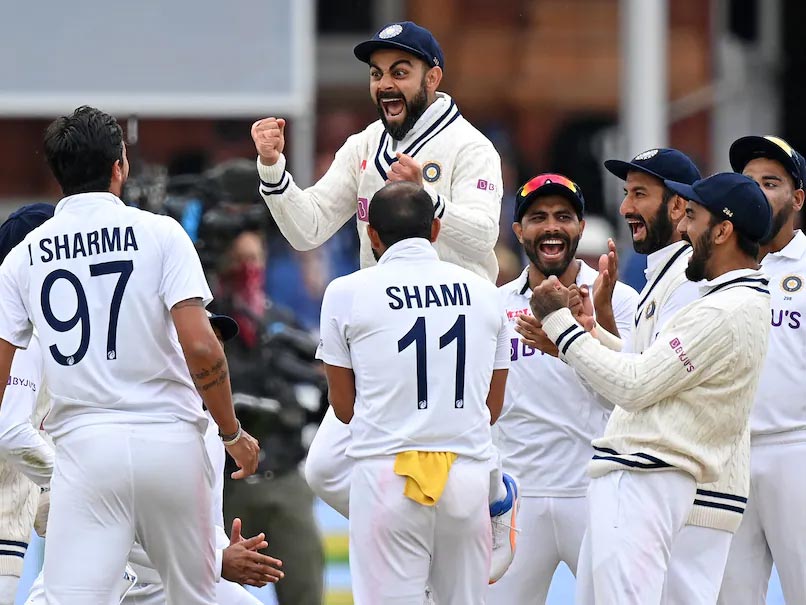 It would be harsh to say Virat Kohi-led India are playing like Australians, said Paul Collingwood.© AFP

England assistant coach Paul Collingwood on Tuesday said that it would be harsh to say that the Virat Kohli-led Indian team is playing in the same style as the Australian cricket team. India and England provided an intense spectacle on day five of the second Test as players from both sides engaged in verbals and in the end, it was Kohli's team who emerged triumphant at the historic venue. However, England drew level in the five-match series by winning the third Test at Headingley.

"I think the Lord's Test was a very heated Test match, it was very close all the way through. Both sides do not want to give an inch, when you have two countries to whom winning means a lot and you do have heated exchanges, so it was great to watch," Collingwood said while replying to an ANI query during an interaction with select media organised by Sony Network.

"We were on the wrong end of the result. Both teams were head to head to each other.

"The Australians' behaviour and the way they play their cricket have changed over the years, so to say that India is like Australians would be a little bit harsh," he added.

With the score reading 215 for 2 at the start of the fourth morning, India would have hoped to continue the remarkable comeback that they had started scripting on Day 3 of the third Test at Leeds on Friday.

But it didn't happen as the England bowlers came out all guns blazing and wrapped the game up in the opening session itself on Day 4 to register a win by an innings and 76 runs.

The five-match series stands level at 1-1, and now the fourth Test will be played at The Oval, London, beginning Thursday.

"Virat is a very proud man, he leads his country with a lot of emotions. We are very much focused on what we do as an England cricket team," said Collingwood.

"How we behave on the field is important to us, hopefully, we can put India under enough pressure for them to make some difficult decisions."

On pacer James Anderson, Collingwood said: "James Anderson prepares for every series. We knew it would be a long and tough series against India. Back-to-back Tests are not easy for anyone, let alone for someone of James' age. Anderson is super fit, over the years he has understood his body.

"He is still one of our fastest players in terms of running on the park. It is a cliche in sport when you are on the older end of your career, age is just a number. But for James, I certainly think that.

"His fitness levels are incredible, his skills levels are probably the best in the world. It is great to watch him. It really is an art when you watch him bowl."

Talking about Joe Root's form, the assistant coach said: "What Joe Root has done fantastically well is rotating the strike. He finds the areas to score.

"Once you put the pressure on the bowler, you know as a bowler that you do not have much margin for error. Joe Root is in fantastic form and he is obviously seeing the ball. It looks like he has a lot of time on the crease. Hopefully, it continues, it is great to watch him at the top of his game."