India vs England: Jonny Bairstow Feels It's Too Early To Talk About 5-0 Whitewash

India were bundled out for 107 and 130 respectively in both the innings of the Lord's Test. 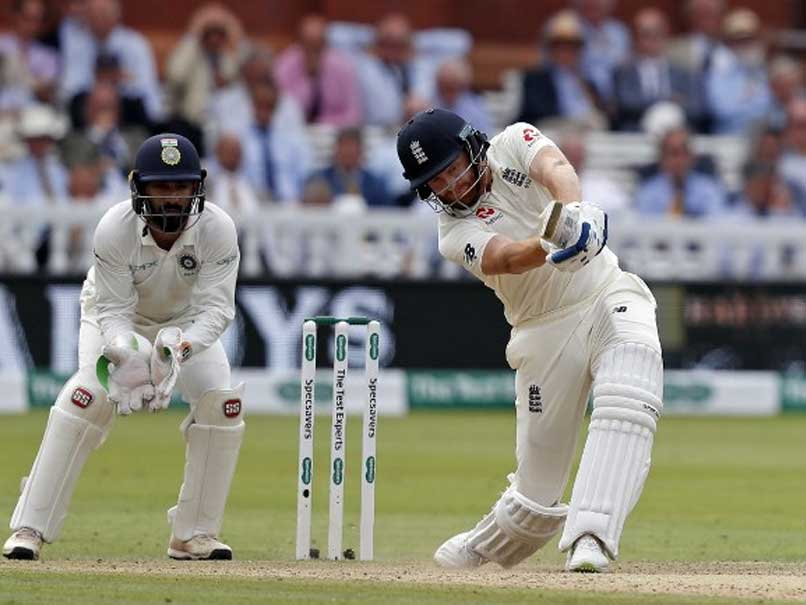 India lost the second Test at Lord's by an innings and 159 runs.© AFP

After registering a thumping win against India in the second Test at Lord's, England are already 2-0 up in the 5-match Test series, but hosts' wicket-keeper Jonny Bairstow believes India, the number one Test team, cannot be written off yet. Apart for the Indian skipper Virat Kohli, the other batsmen looked completely clueless in the first two games and surrendered in front of the England pacers. Bairstow, ahead of the third Test, asserted that his team is looking to continue with the same momentum and intensity but thinking about a whitewash against the visitors would be a bit too early at the moment.

"It is too early to be talking about 5-0. The weather could get hot again, the pitches at Southampton and The Oval could be dry. We definitely will not be taking our foot off the pedal," Bairstow was quoted as saying by icc-cricket.com.

England beat India by an innings and 159 runs in the second Test. After a first full-day washout, overcast conditions hampered India's chances of gathering any momentum with the bat on Day 2. Bairstow acknowledged that the England bowlers exploited the conditions better than their counterparts in the Lord's Test but asserted that India will be looking to bounce back in the series.

"We have exploited the conditions and we know how to play in home conditions, but I do not think you can say that India are vulnerable. They are the No.1 side in the world for a reason and there is a lot of cricket still to be played in the series," Bairstow added.

The third Test between India and England commences on Saturday 18 August at Trent Bridge, Nottingham. India needs to triumph if they are to have any hope of winning the series.

England Cricket Team Jonny Bairstow Lord's, London Trent Bridge, Nottingham England vs India, 2018 England vs India, 3rd Test Cricket
Get the latest updates on Fifa Worldcup 2022 and check out  Fifa World Cup Schedule, Stats and Live Cricket Score. Like us on Facebook or follow us on Twitter for more sports updates. You can also download the NDTV Cricket app for Android or iOS.