India vs England: Virat Kohli Has Been India's One-Man Army For A While, Says Kumar Sangakkara

Kumar Sangakkara felt it is unfair to label India as being over-dependent on Virat Kohli. 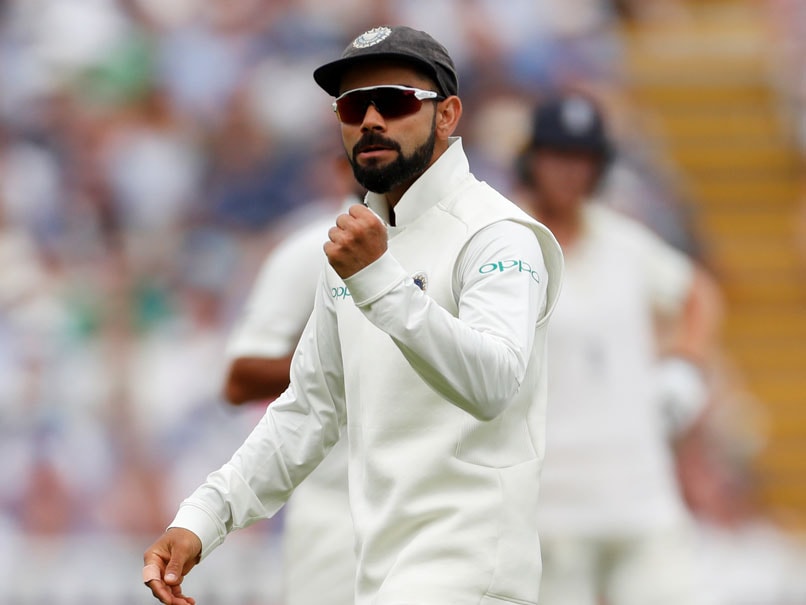 Virat Kohli has scored 240 runs till now in the Test series against England.© Reuters

India were completely outclassed by England in the first two Tests of the five-match series and will be eyeing eye a change in fortune in the third Test at Trent Bridge, Nottingham that begins on August 18. India's below-par batting performances have been under-fire, raising questions on their lack of preparations for the England series. Talking about India's performance, Sri Lanka legend Kumar Sangakkara said that India captain Virat Kohli has been a one-man army for India, in terms of weight of runs.

"I think he is a very good captain and will get better as time goes along. Everyone has a few weaknesses here and there. He has been a one-man army for India for a while, in terms of weight of runs," Sangakkara said.

Meanwhile, Sangakkara felt it is unfair to label India as being over-dependent on Kohli.

"It is almost unfair to the other batsmen because we have seen Virat batting like he has for the last few years. It is incredible to watch and he is an incredible performer, but others are also fantastic players," Sangakkara remarked.

The former Sri Lankan skipper praised Cheteshwar Pujara and Ajinkya Rahane for their overseas record. "Pujara and Rahane are absolutely great batsmen - Pujara averages 50 in Test cricket, Rahane averages 50 overseas. Then, there are others. KL Rahul looks brilliant (when in form), Murali Vijay, Shikhar Dhawan, Dinesh Karthik - these are no insignificant names", he said.

When asked if too many changes in India's batting core since the tour of South Africa had an adverse effect, the legend replied, "In fact, it is more a question for players themselves, and if the Indian team can have a chat in the dressing room about it."

"If it is bothering them, then be open about it - talk to the captain, the coach and the management. Ask them, 'can we have a little more consistency because this is bothering us'. But if they have bought into it (changing and chopping) and are fine with it, then it's a different question", he signed off.

Kumar Sangakkara England vs India, 2018 Cricket
Get the latest updates on Fifa Worldcup 2022 and check out  Fifa World Cup Schedule, Stats and Live Cricket Score. Like us on Facebook or follow us on Twitter for more sports updates. You can also download the NDTV Cricket app for Android or iOS.