Arjun Tendulkar has often been spotted bowling to Indian batsmen in the nets. 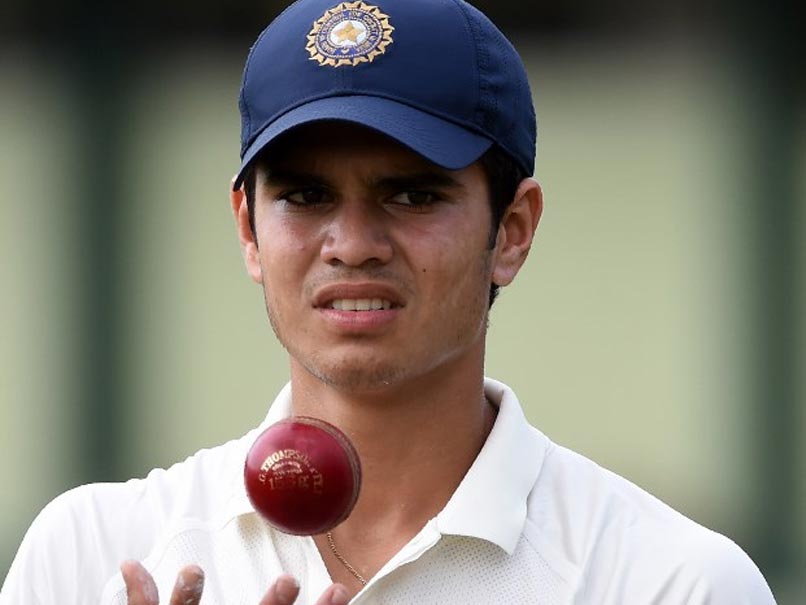 Arjun Tendulkar made his debut for India Under-19 in a Youth Test against Sri Lanka.© AFP

Ahead of India's second Test against England at Lord's, Arjun Tendulkar was seen bowling to the Indian batsmen in the nets as Team India head coach Ravi Shastri watched on. Arjun, who made his debut for India Under-19 in a Youth Test against Sri Lanka, is often spotted in the nets with the Indian team. In a video uploaded on YouTube, India batsman Murali Vijay could be seen facing the young bowler, who spends most of his time at the Lord's Cricket Ground.

This is not the first time that Arjun has been spotted bowling to the Indian batsmen in the nets. In October 2017, Arjun practiced with the Indian team as they were preparing to face New Zealand at the Wankhede Stadium, Mumbai.

Apart from this, during the ICC Women's World Cup 2017, Arjun was spotted bowling to Veda Krishnamurthy in the nets in July. India women, who had enjoyed a phenomenal run the tournament, were done in by the English bowlers as they lost a thriller by 9 runs.

For the second Test, India are likely to contemplate changes in the starting XI. The visitors could make a top-order change with the experienced Cheteshwar Pujara waiting in the wings if struggling opener Shikhar Dhawan is dropped.

India also have the option of playing a second spinner, be it orthodox left-armer Ravindra Jadeja or left-arm wrist-spinner Kuldeep Yadav, with all-rounder Hardik Pandya the man most likely to miss out if either slow bowler is selected.

For England, they will be without the services of all-rounder Ben Stokes. All-rounder Chris Woakes has been called up in Stokes' place to the England squad, with uncapped Surrey batsman Ollie Pope selected instead of Dawid Malan, who was dropped after a run of low scores.

England Cricket Team Arjun Tendulkar England vs India, 2018 Cricket England vs India, 2nd Test
Get the latest updates on ICC Women's Cricket World Cup 2022 and IPL 2022, check out the Schedule , Live Score and IPL Points Table. Like us on Facebook or follow us on Twitter for more sports updates. You can also download the NDTV Cricket app for Android or iOS.