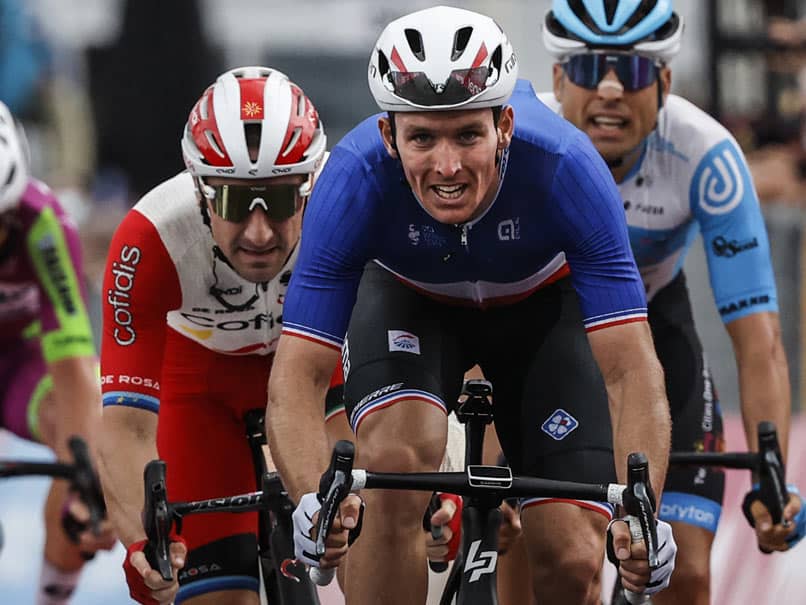 French champion Arnaud Demare outsprinted the peloton on the 6th stage for his second win of this year's Giro d'Italia on Thursday. The Groupama-FDJ rider dominated the sprint finish in Matera while Portugal's Joao Almeida (Deceuninck) retained the race leader's pink jersey. Demare crossed the line several bike lengths clear of Australian Michael Matthews and home hope Fabio Felline. The 188-kilometre ride was marked by a four-man breakaway which built up a near nine-minute advantage on the chasing pack at one point.

Approaching the final 30km the gap was down to 90 seconds, with James Whelan the last man standing of the breakaway quartet.

The Australian was caught with 14km remaining, with a strong headwind then thwarting any solo bids for the day's honours.

Peter Sagan's team dictated the pace but the former triple world champion had to settle for eighth in the dash for the line.

"Today, I could barely raise my arms," added the 29-year-old, who had to dig deep to sneak home in a photo-finish in Sicily on Tuesday.

Friday's 143km seventh stage from Matera to Brindisi will also favour the sprinters in the peleton.