Chris Froome came third at the 2018 Tour de France as teammate Geraint Thomas emerged from his shadow to secure his maiden yellow jersey. 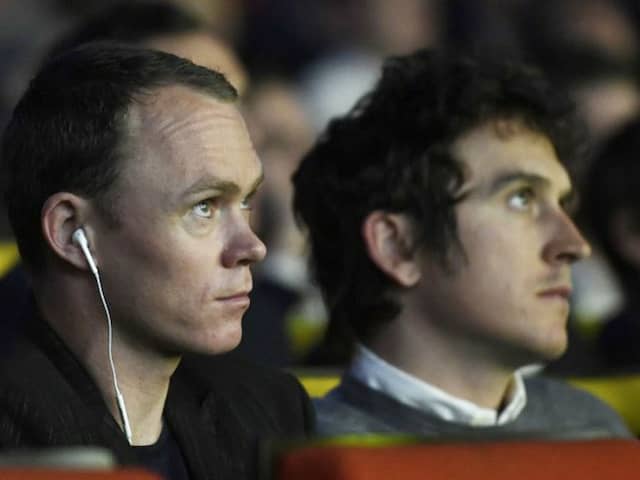 Four-time Tour de France winner Chris Froome was coy on Thursday over whether he or Geraint Thomas would lead Sky at the 2019 edition, but said it would make a great 10th birthday gift for the British team. Froome came third at the 2018 Tour de France as teammate Thomas emerged from his shadow to secure his maiden yellow jersey after a stronger start than his erstwhile captain. "It doesn't matter if I am or not," Froome said when asked if he knew if he would lead Sky's victory bid next year.

"It could end up being similar to 2018 where I had a double role to play alongside Geraint Thomas," said Froome.

"It's going to be a tough, tough, tough race, that's for sure. But if one of us could win it it would be really special as this year is the tenth anniversary of the founding of Team Sky," said the Kenyan-born Briton.

"There are five summit finishes and with three of the stages going over 2000 metres, well that just changes the whole dynamic of the Tour," added Froome.

"It's hard but it makes for good racing."

When asked if he would defend his Giro d'Italia title from 2018, Froome brushed off the question.

"I haven't even seen the route for the Giro yet," he said.

Defending Tour champion Thomas, meanwhile, was more open to the possibility of challenging for honours on the three-week Italian race.

"Racing both the Giro and the Tour is something I never thought I'd be able to do, but it is something to which I'll now maybe give some thought," said the 32-year-old Welshman.

"I'll be starting to have a chat about my programme with my team in the next couple of weeks and then try and formulate some kind of decision.

"Chris did it last year, so maybe," he added.

Thomas said the 2019 Tour looked like a classic in the making.

"It's got a bit of everything in it with some very high climbs indeed being the first thing that comes to mind," he said

"But there are a great deal of lesser climbs too which will take their toll.

"The time-trial is a bit shorter but I'm sure that it will be just as key as a longer one in the end."

"Of the two of them I'd say Froome was better equipped on this type of route," Gouvenou said.

"Froome remains an iconic leader for Sky, and Thomas has found his Holy Grail'."