Geraint Thomas, the third Briton to win the race after Chris Froome and Bradley Wiggins, secured Team Sky's sixth victory in the race from the past seven editions. 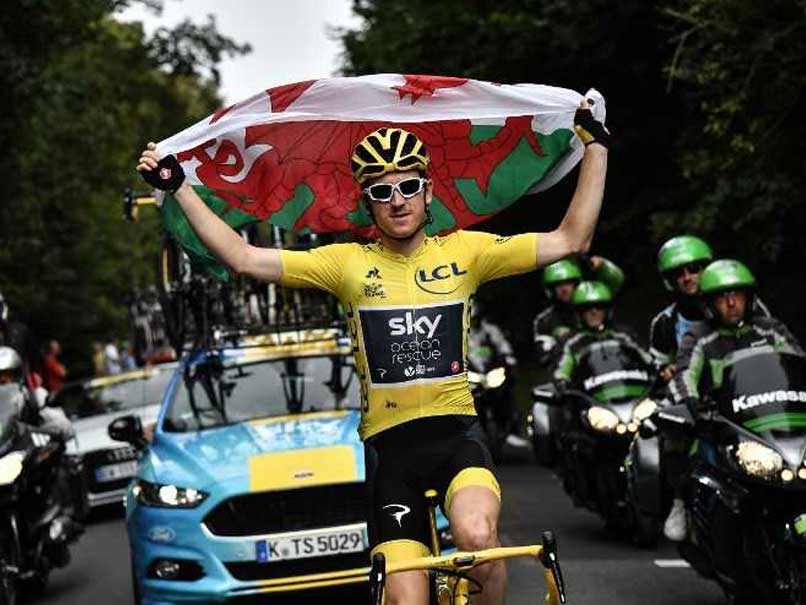 Britain's Geraint Thomas sealed his maiden Tour de France victory on Sunday after the 21st and final stage won by Norway's Alexander Kristoff. Thomas, of Team Sky, finished the race in Paris with a near two-minute lead on Dutch rival Tom Dumoulin (Sunweb) to secure his first yellow jersey. The 32-year-old Welshman, the third Briton to win the race after Chris Froome and Bradley Wiggins, secured Team Sky's sixth victory in the race from the past seven editions. Thomas, who won back-to-back stages in the Alps before sealing victory with a third-place finish in the penultimate stage time trial on Saturday, took a 1min 51sec lead over Dumoulin into the 21st stage from Houilles to the French capital.

The final stage is usually a festive affair, and Thomas was seen celebrating with fellow Sky teammates early in the stage as he soaked up becoming the first Welsh yellow jersey winner.

It took several laps of the inner-city circuit around the Champs Elysees for the race to kick into action.

And after a six-man breakaway was reeled in late on, the sprinters' teams in the peloton upped the pace to chase down a last-ditch attempt by Belgian champion Yves Lampaert, of Quick Step.

Lampaert was caught with only 220 metres remaining, and from there Kristoff came off the wheel in front of him to surge to the line and hold off Germany's John Degenkolb and Frenchman Arnaud Demare.