3rd T20I: Mohammad Rizwan smashed an unbeaten knock of 91 runs off 60 balls to help Pakistan to a win vs Zimbabwe. 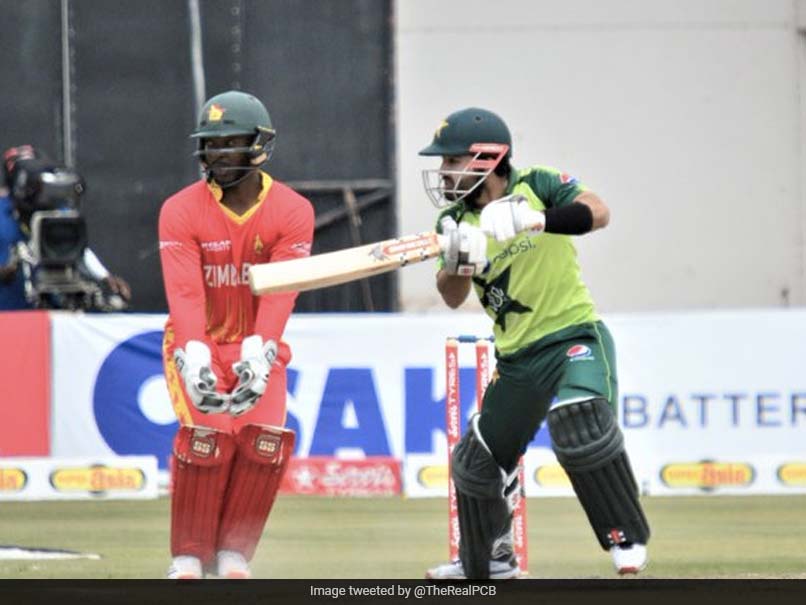 Half-centuries from Mohammad Rizwan and Babar Azam and career-best four-fer from Hasan Ali led Pakistan to a 24-run win over Zimbabwe in the third and final T20I at the Harare Sports Club on Sunday. The win also secured the three-match series for the tourists with the 2-1 scoreline. Chasing 166 to win, Zimbabwe were restricted to 141 for seven. Hasan, who was featuring for the first time in the series, led the fightback for the visitors when he took two wickets in the 16th over to put brakes on hosts' run-chase. He accounted for Tarisai Musakanda (10), Wesley Madhevere (59 off 47, seven fours), Regis Chakabva (0) and Sean Williams (9).

The right-arm fast bowler ended up with match figures of 4-18 in four overs, which is his best in T20I career. Haris Rauf took two for 34.

Earlier, after opting to bat first, Pakistan scored 165/3. Rizwan top-scored with an unbeaten 91 off 60 balls. His innings included five fours and three sixes. He knitted a match-winning 126 runs for the second-wicket with Babar.

Babar scored 52 from 46 balls which included five fours. During the course of his innings he became the fastest batsman to reach 2,000 runs in this format. It took 52 innings for the Pakistan captain to achieve this feat breaking India's captain Virat Kohli, who had taken 56 innings to reach the landmark.

Pakistan team had won the first T20I by 11 runs while Zimbabwe won the second by 19 runs. Both teams will now feature in a two-Test match series with the first Test match starting at the same venue from April 29.

Zimbabwe Cricket Team Mohammad Rizwan Zimbabwe vs Pakistan, 3rd T20I Cricket
Get the latest updates on ICC T20 Worldcup 2022 and CWG 2022 check out the Schedule, Live Score and Medals Tally. Like us on Facebook or follow us on Twitter for more sports updates. You can also download the NDTV Cricket app for Android or iOS.