ZIM vs PAK: Zimbabwe shocked Pakistan in the second T20I as they successfully defended a low total of 119, which triggered a meme fest on Twitter. 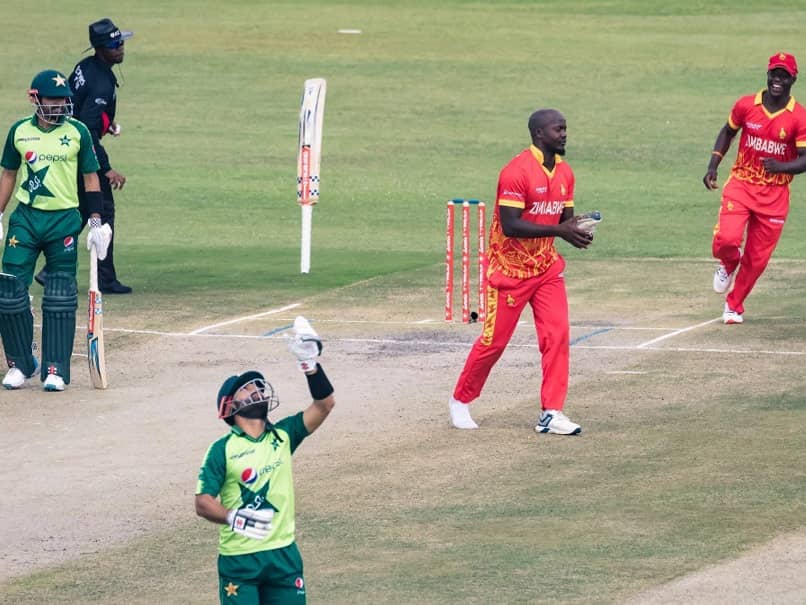 Zimbabwe stunned Pakistan, beating them by 19 runs in the second Twenty20 International (T20I) at the Harare Sports Club on Friday. This was Zimbabwe's first-ever victory in the format against Pakistan and what was more shocking was that it came defending a modest total of 119 against a strong batting line-up comprising the likes of Babar Azam, Fakhar Zaman, Mohammad Rizwan, among others. Pakistan, playing with their full strength squad, were bowled out for just 99 as Zimbabwe levelled the three-match series 1-1.

Pakistan skipper Babar Azam (41off 45 balls) scored almost half of the runs for his side but they still failed to get to the total, after a dismal batting display by rest of the batting unit. Apart from their skipper, only two other Pakistan players were able to get into the double digits.

While Pakistan fans were enraged by their team's poor batting, cricket lovers from other parts of the world couldn't believe what they just witnessed and turned the opportunity into a meme-fest.

This loss is humiliating. Middlie-order crisis is worrying before WT20. Well bowled by Zimbabwe and congratulations to @ArshadIqbal32
for your T20i debut.#ZIMvPAK #ZIMvsPAK

Asif Ali walking back to the pavilion after scoring a duck #ZIMvPAK pic.twitter.com/VCwlFjd9Ub

Earlier, Pakistan won the toss and opted to bowl and their bowlers got them on the front foot by restricting Zimbabwe to 118/9 in their 20 overs. Tinashe Kamunhukamwe top-scored for the hosts, scoring 34 off 40 balls on a tricky batting pitch, while no other batsman could get past the 20-run mark. Mohammad Hasnain and Danish Aziz picked up two wickets apiece, while rest of the wickets went to five different bowlers.

In reply, Pakistan's middle-order failed to put up any fight and crumbled like a pack of cards, handing Zimbabwe a remarkable victory. Luke Jongwe was the wrecker in chief for Zimbabwe as he took four wickets, including the crucial wicket of Pakistan skipper Babar Azam, He returned with the figures of 4/18 in 3.5 overs and was adjudged the Player of the Match for his impressive match-winning spell.

Babar Azam Harare Sports Club, Harare Zimbabwe vs Pakistan, 2nd T20I Cricket
Get the latest updates on IPL 2021, IPL Points Table , IPL Schedule 2021 , live score . Like us on Facebook or follow us on Twitter for more sports updates. You can also download the NDTV Cricket app for Android or iOS.