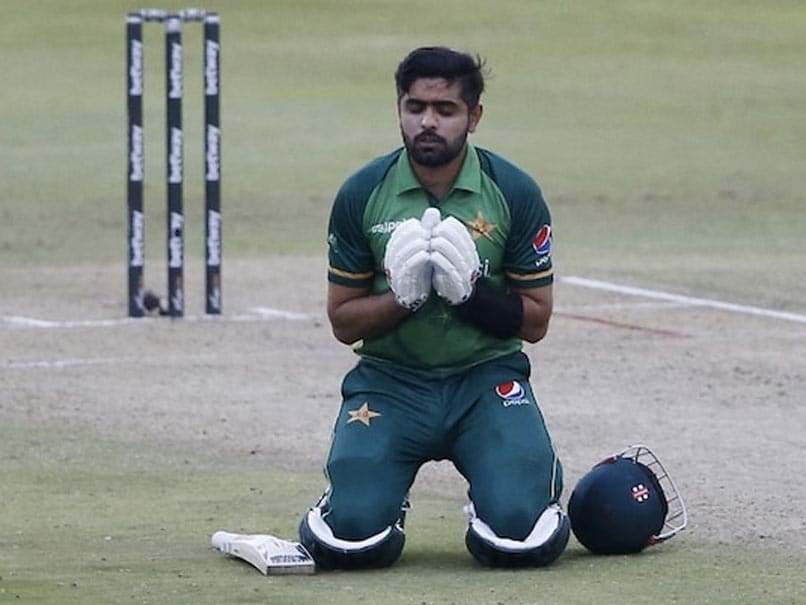 India skipper Virat Kohli remained firm at the fifth spot but Pakistan captain Babar Azam advanced one place to reach the second position in the ICC Men's T20I player rankings released on April 21. Babar's superlative form had helped him replace India captain Kohli at the top of the men's ODI player rankings last week and this week's T20I update sees him make a strong 47-point surge to overtake Australia's Aaron Finch in the T20I rankings after scoring 122 in the third match.

Though Babar is still 48 points adrift of top-ranked Dawid Malan of England, a three-match series against Zimbabwe from Wednesday presents the 26-year-old with another opportunity to move towards the top spot, which he had occupied till November last year.

Fakhar Zaman's is a similar story as he follows up his progress in the ODI rankings with that in T20Is, gaining 17 slots to reach 33rd position after scores of eight not out and 60 in the last two matches.

Wicketkeeper-batsman Mohammad Rizwan, who notched an unbeaten knock of 73 in the third match, has advanced eight places to reach a career-best 15th position.

Left-arm fast bowler Shaheen Afridi has attained a career best-equaling 11th spot after grabbing a wicket each in the two matches while Faheem Ashraf (up 12 places to 16th), Mohammad Nawaz (up four places to 24th) and Haris Rauf (up 43 places to 38th) have also moved up in the bowlers' list.

For South Africa, Rassie van der Dussen has advanced three slots to the sixth position, just one shy of his career-best, after scores of 34 not out and 52.

Aiden Markram (up 31 places to 34th) and Janneman Malan (up 52 places to 73rd) are the other batsmen to move up from the team while left-arm spinner George Linde (up 29 places to 107th) has also progressed.

The latest weekly update also takes into account the first four matches of the ongoing Nepal tri-series that features the Netherlands and Malaysia apart from the hosts.

Nepal leg-spinner Sandeep Lamichhane advanced eight places to the joint-77th position after taking eight wickets in three outings of the tournament while his captain Gyanendra Malla has moved up 10 places to 107th position among batsmen.

The Netherlands' Scott Edwards (up 12 places to 136th) and Pieter Seelaar (up 25 places to 188th) are among others to gain in the latest update.

Pakistan's 3-1 win in the series against South Africa comes as a morale booster in the year of the ICC Men's T20 World Cup but they remain in the fourth position in the ICC Men's T20I Team Rankings after gaining two points and reaching an aggregate of 262.

South Africa is still sixth in the list led by England but has lost two points and is now on 249.

Aaron Finch Dawid Malan
Get the latest updates on India vs South Africa and check out  Schedule, Results and Live Score. Like us on Facebook or follow us on Twitter for more sports updates. You can also download the NDTV Cricket app for Android or iOS.