"One Of My Favourite Shots": Yuvraj Shares Throwback Video Of Him Hitting A Six Over Covers

Yuvraj Singh had one of the finest arrays of shots during his playing days, making him one of the most attractive batsmen to watch. 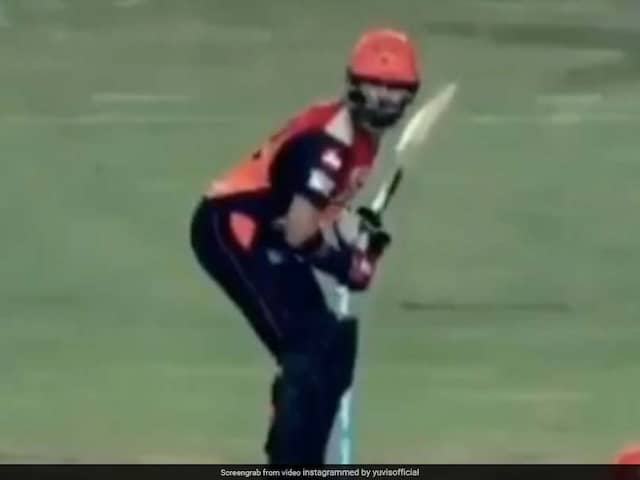 Former India batsman Yuvraj Singh shared a throwback video of himself on social media where he can be seen hitting a six over covers in a match during the 2017 edition of the Indian Premier League. Yuvraj, who was a part of SunRisers Hyderabad back in 2017, smashed Kolkata Knight Riders pacer Chris Woakes for a six in what is considered to be one of the toughest shots in cricket. Yuvraj Singh took to his Instagram account to share the post and captioned it saying, "This has to be one of my favourite shots in my career I have played! A very difficult shot to hit for a six over covers to a fast bowler".

This has to be one of my favourite shots in my career I have played ! A very difficult shot to hit for a six over covers to a fast bowler . ???? #iplmemories

Yuvraj Singh had announced his retirement from international cricket last year on June 10, 2019. The left-handed batsman was famous for his ability to hit sixes with ease. One of the most memorable knocks that Yuvraj played was in the 2007 T20 World Cup against England. During the match, Yuvraj Singh went on to smash six sixes in an over against Stuart Broad and became the first batsman to achieve the feat in T20I cricket. Yuvraj scored 58 off 16 balls which proved to be a match-winning performance.

The left-handed batsman played 40 Test matches for India and has 1900 runs to his name with an average of 33.92.