IPL 2020 saw Mumbai Indians lead from the front almost throughout to register their fifth title win, while franchises like Chennai Super Kings were left looking for answers, and also new faces. 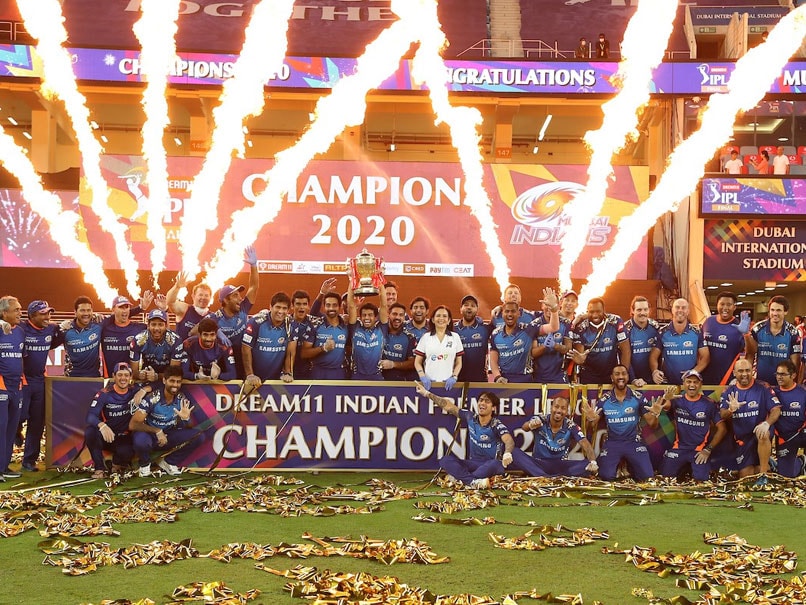 When the Indian Premier League (IPL) 2020 finally got off the ground at the United Arab Emirates on September 19, it had gone through the pangs of uncertainty, threatened with being cancelled for the first time since its inception as the COVID-19 pandemic created havoc worldwide. But a fair amount of diplomacy and jugglery by the new Board of Control for Cricket in India (BCCI) officialdom, led by former captain Sourav Ganguly, led to the IPL running the full schedule, even as other ICC events were sent packing into the future. However, it would have been a major surprise if the IPL played second fiddle to any other event, reiterating that if it is cricket, the Indian board's diktat remains unchallenged.

So off went the IPL bandwagon to the three venues of Dubai, Abu Dhabi and Sharjah, and almost two months of hostilities saw Mumbai Indians claiming their fifth crown.

Here is a look at the how the sides fared:

Mumbai Indians: The biggest headlines surrounding MI was the exclusion of Rohit Sharma from the Indian contingents for Australia on fitness grounds, and also of Suryakumar Yadav being ignored in spite of his years of performance at the IPL level.

Rohit did make an appearance for MI in the last matches, most importantly the final, as conjectures and questions were thrown up about how he was fit enough for IPL, not for India.

Nevertheless, Mumbai Indians were not to be denied. Finishing the points tally at 18 points (9 wins, 5 losses from 14 matches), MI sailed straight into the final after beating Delhi Capitals, and then won again against the same opposition to snare their fifth crown.

Delhi Capitals: DC captain Shreyas Iyer was hoping to grab the elusive IPL title, and the Delhi franchise got close, but not close enough. Threatening to derail towards the final phases of the league, DC managed a crucial win in their last match and with 16 points from 14 games (8 won, 6 lost), made it to the Qualifier 1, which they lost to MI.

DC then managed to beat SunRisers Hyderabad in the Qualifier 2, but that was that. MI were just too strong in the final.

SunRisers Hyderabad: SRH were an incredible story. Almost down and out towards the middle of the league, the David Warner-led outfit won four of the last five league games to end up with 14 points from 14 matches (7 won, 7 lost) and a place in the Eliminator, which they won against Royal Challengers Bangalore.

But that, sadly, was the end of the revival. SRH were done in by DC in Qualifier 2, spelling the end.

Royal Challengers Bangalore: Virat Kohli's dream of an IPL title remained unfulfilled as RCB once again fell short, going down to SRH in the Eliminator after rallying to make it into the top four on the points table. RCB were at one stage left at the mercy of other results in the table as they lost four matches in a row and it was only thanks to some uninspiring shows from the teams lower than them.

RCB ended with 14 points (7 wins, 7 losses), the same as SRH and Kolkata Knight Riders, making it to the knockouts by run-rate. But once there, their losing streak continued and in a knockout game, there was nothing else to fall back on.

Kolkata Knight Riders: KKR were by and large a frustrating side for their supporters, simply not being able to come to terms with the demands of the tournament. Even the change of leadership - Dinesh Karthik being replaced by Eoin Morgan - did little for their fortunes and left them astray of the top four, irrespective of the fact that they claimed 14 points, like SRH and RCB.

Kings XI Punjab: Of all the sides that fell short of qualifiers, KXIP possibly were the most ironic case. Their skipper KL Rahul ended with the Orange Cap, but the team managed only six wins out of 14 matches, leaving them with 12 points.

KXIP look like getting there, with five matches left, but two losses in the last to games consigned their campaign to the history books.

Chennai Super Kings: The Chennai side, for the first time in the consigned IPL tournaments they have played, failed to make it to the top-four stage. CSK realised pretty early in the tournament that their crop of veterans, including skipper MS Dhoni, were not being able to keep up. While the die-hard Chennai fans would be mortified that their side finished 7th out of eight teams, this is also the harbinger of new things for them, since they will surely need to find fresh talent.

Rajasthan Royals: Steve Smith and his boys brought up the rear in IPL 2020, a position they never really looked like ever getting out of, since their performances were inconsistent at the best of times. They won three of their last five matches but in a table where success and disaster were separated by fractions, it was just not good enough.

MS Dhoni Cricket Yearender2020sports
Get the latest updates on Fifa Worldcup 2022 and check out  Fifa World Cup Schedule, Stats and Live Cricket Score. Like us on Facebook or follow us on Twitter for more sports updates. You can also download the NDTV Cricket app for Android or iOS.