Sourav Ganguly lavished praise on Parthiv Patel, who announced his retirement from all forms of cricket on Wednesday. 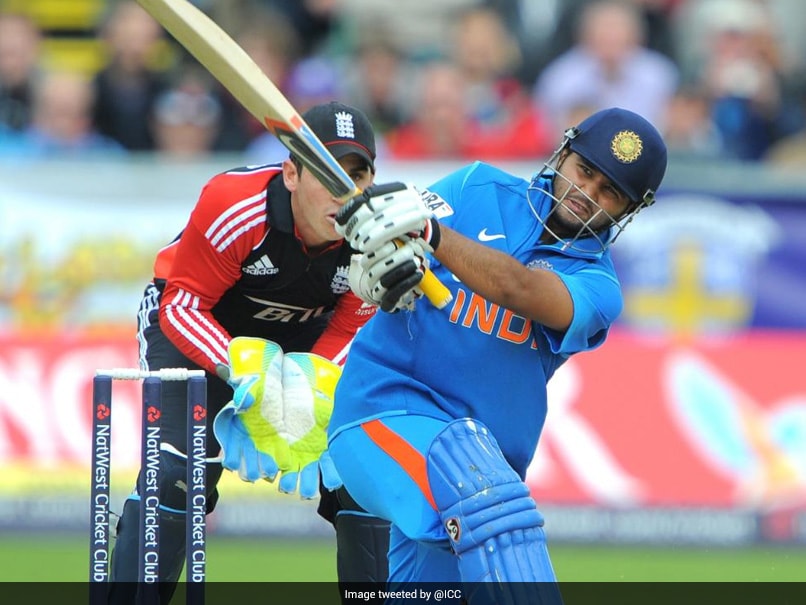 The Board of Control for Cricket in India (BCCI) president Sourav Gangulypraised Parthiv Patel after the latter announced his retirementon Wednesday and also said that Parthiv's performance in the 2016-17 Ranji Trophy final will remain etched in the history of Gujarat cricket. The wicket-keeper batsman had scored a ton in the final to power Gujarat to their maiden title win. He also played 193 List A games and scored 5172 runs, with a best score of 119.

The former Indian skipper congratulated Parthiv on a "fantastic career" and said his work was the main factor behind his success in international and domestic cricket. Ganguly also felt overwhelmed to captain the "brilliant ambassador" of Indian cricket.

"Parthiv has been a brilliant ambassador for Indian cricket. He has always been a team man and it was a pleasure to captain him when he made his international debut at the age of seventeen. His hard work has earned him laurels in international and domestic cricket," Ganguly said in a statement issued by BCCI.

"I congratulate him on a fantastic career and wish him the very best for his future endeavours. His performance in the Ranji Trophy final to win Gujarat their only title will always be remembered in the history of Gujarat cricket," he added.

The youngest wicketkeeper to make a Test debut, Parthiv, on Wednesday announced his decision to retire from all forms of the game.

He represented India in 25 Tests, 38 ODIs, and 2 T20Is. A gritty left-handed batsman, Parthiv, scored 6 Test fifties, which included a fine 69-run knock against Pakistan in Rawalpindi while opening the batting.

"Parthiv Patel has always played his cricket with passion. While he played some hard-fought cricket for the Indian team, his contribution in domestic cricket shall inspire the future cricketers," said BCCI secretary Jay Shah.

"It was a tremendous feat to lead Gujarat to a maiden Ranji Trophy triumph in the 2016-17 season, a testimony to his astute leadership qualities. BCCI congratulates Parthiv on a successful journey and for his contribution to Indian cricket," he added.

"From a young teen making his mark in international cricket to guiding the young generation in the right path, Parthiv Patel has come a long way. I take this opportunity to congratulate him on a fine career with Team India, Gujarat and his IPL franchises over the years. I wish him good luck for the future," said BCCI treasurer Arun Dhumal.

Parthiv Patel Sourav Ganguly Cricket
Get the latest updates on SA vs IND 2021-22, check out the Schedule and Live Score . Like us on Facebook or follow us on Twitter for more sports updates. You can also download the NDTV Cricket app for Android or iOS.