The Indian women's team were unbeaten in the group stages of the Women's World T20 and are all set to face England in the semi-finals of the tournament. 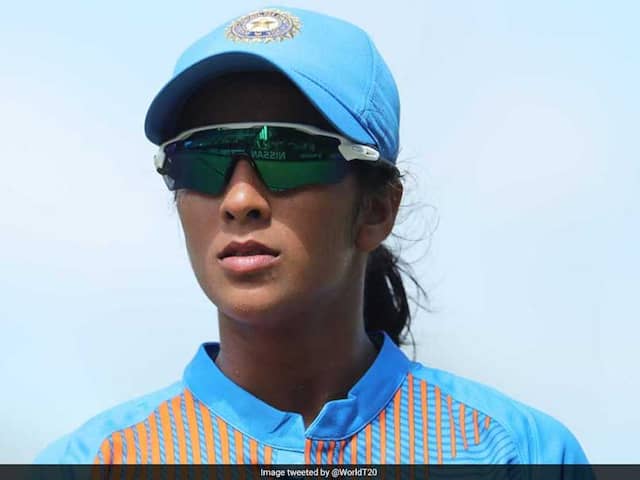 Jemimah Rodrigues so far has scored 99 runs in the four matches of the Women's World T20.© Twitter

The Indian women's cricket team so far has had a phenomenal run in the ongoing ICC Women's World T20 in the West Indies. The Harmanpreet Kaur-led side qualified for the semi-finals of the tournament with a 100 per cent record in the group stages of the tournament. With the team now just two steps away from clinching their maiden World T20 title, top order batter Jemimah Rodrigues feels that the Indian team has potential to lift the trophy this time around. "I am looking forward to a position in the World Cup final and dreaming for winning the title this time around for the country," said 18-year-old Jemimah Rodrigues in an interview with ICC.

India will be up against formidable England in the semi-final scheduled to take place on November 22 (23rd in India) at the Sir Vivian Richards Stadium, North Sound, Antigua. The last time both teams faced each other in an ICC event was the 2017 Women's World Cup where the England team emerged victorious in the final.

With yet another knockout clash slated between the two teams Rodrigues said that the Indian team is not looking in the past and just focusing on their strengths for their upcoming match against England.

"There is unfinished business but I think that is in the past. This is a whole new format, a whole new game. More than that we need to stick to our strength and play according to what we know best and just follow the process more than thinking about the past and stay in the moment and enjoy it," Rodrigues added.

Veteran Mithali Raj and skipper Harmanpreet Kaur have performed exceptionally well in the tournament so far. Both have single-handedly won matches for the team while Rodrigues has provided excellent support to them from the other end.

Talking on batting alongside with the Indian stars Rodrigues said, "I am getting so much to learn from them. Sharing the dressing room with them and playing with them and learning the way they prepare and the way they handle pressure and responsibility at the big stage has been an experience for me.

"I was given a role and I want to stick to that role. Batting with Harmanpreet didi has been a treat to watch from the other end. The way she was smashing sixes. It made my job easier and I just had to rotate the strike," Rodrigues signed off.

England Women Mithali Raj Harmanpreet Kaur Cricket
Get the latest Cricket news, check out the India cricket schedule, Cricket live score . Like us on Facebook or follow us on Twitter for more sports updates. You can also download the NDTV Cricket app for Android or iOS.