Supernovas defeated Trailblazers by 2 runs in the third game of the Women's T20 challenge at the iconic Sharjah Cricket Ground, to qualify for the final. 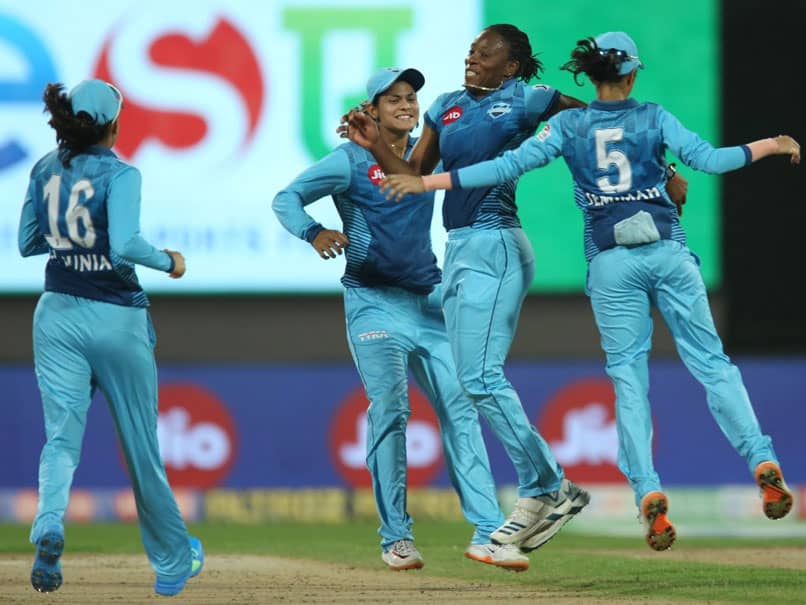 The Supernovas bowlers ensured a disciplined performance in a must-win match.© BCCI/IPL

Supernovas defeated Trailblazers by two runs in the third game of the Women's T20 challenge at the iconic Sharjah Cricket Ground on Saturday. With the win, Supernovas, who lost to Velocity in the opening encounter, have qualified for the final which will be played at the same venue on Monday. Mitali Raj-led Velocity, after suffering a big defeat at the hands of Trailblazers on Thursday, missed out on the final due to a poor net run-rate.

Supernovas openers Chamari Athapaththu and Priya Punia were key performers in this triumph. The duo stitched an excellent partnership of 89 runs in nearly 12 overs, after skipper Harmanpreet Kaur won the toss and opted to bat. Athapaththu who has been impressive in the tournament so far, continued to attack despite Priya's dismissal smashing the ball to all corners of the ground.

The Sri Lankan batter helped ensure a solid platform for the death overs by the time she departed in the 17th over, having smashed 67 runs off 48 deliveries which comprised of five boundaries and four sixes. However, the Trailblazers made a comeback at this stage, accounting for the dismissals of the new batswomen with Harmanpreet (31) enjoying no support. The Supernovas finished with a score of 146 runs for the loss of six wickets. Jhulan Goswami, Salma Khatun and Harleen Deol accounted for a dismissal apiece.

The Trailblazers openers Deandra Dottin and skipper Smriti Mandhana similarly got the chase off to a fine start, accumulating 44 runs in 6.3 overs. However, Deandra's dismissal provided an opportunity for the Supernovas to make a comeback with Richa Ghosh, Smriti and Dayalan Hemalatha dismissed in quick succession.

Deepti Sharma (43*) and Harleen Deol (27) made their presence felt at this stage stitching an impressive partnership, to bring the side extremely close to victory. However, Harleen's dismissal in the final over bowled by Radha Yadav turned the game back in Supernovas' favour who completed a tense win.

Comments
Topics mentioned in this article
Cricket Harmanpreet Kaur Smriti Mandhana
Get the latest updates on IPL 2021, IPL Points Table , IPL Schedule 2021 , live score . Like us on Facebook or follow us on Twitter for more sports updates. You can also download the NDTV Cricket app for Android or iOS.