Smriti Mandhana shared pictures from a training session with her team Trailblazers ahead of the Women's T20 Challenge that begins on November 4. 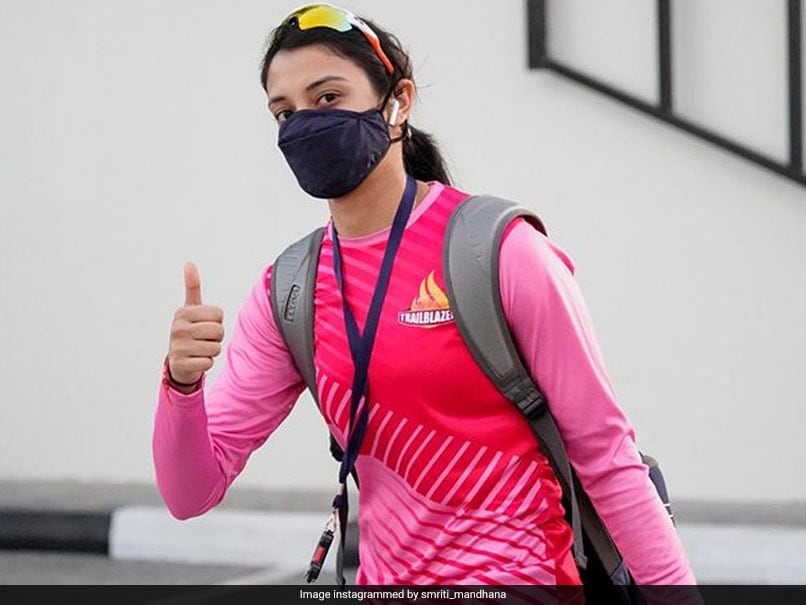 Smriti Mandhana, the captain of the Trailblazers in the upcoming Women's T20 Challenge, posted pictures from her team's training session on Thursday. The Trailblazers along with Supernovas, led by Harmanpreet Kaur, and Velocity, led by Mithali Raj, will play the four-match tournament form November 4 to 9 in Sharjah. Mandhana has India Women all-rounder Deepti Sharma as vice-captain, along with India stars Punam Raut, Rajeshwari Gayekwad, and Jhulan Goswami as well as overseas players Deandra Dottin, Salma Khatun, Sophie Ecclestone and Natthakan Chantham.

The Indian players arrived in the UAE last Thursday (October 22) and were quarantined in their respective hotels.

The final will be played on November 9.

The games of the Women's T20 Challenge will be played in the same window as the IPL playoffs.

The Qualifier 2 and the Eliminator will be played in Abu Dhabi on November 6 and 8 respectively.

Comments
Topics mentioned in this article
Smriti Mandhana Mithali Raj Harmanpreet Kaur Cricket
Get the latest updates on ICC T20 Worldcup 2022 and CWG 2022 check out the Schedule, Live Score and Medals Tally. Like us on Facebook or follow us on Twitter for more sports updates. You can also download the NDTV Cricket app for Android or iOS.