Women's T20 Challenge 2020: Sophie Ecclestone took 4 for 9 and Jhulan Goswami returned 2 for 13 as Trailblazers registered an emphatic nine-wicket win over Velocity in Match No. 2 of the T20 Challenge. 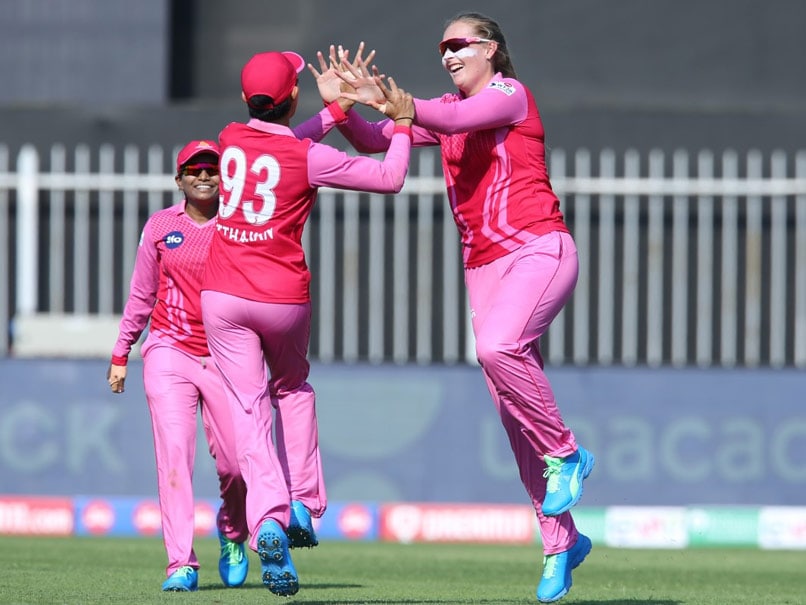 Smriti Mandhana-led Trailblazers defeated Mithali Raj-led Velocity by nine wickets in Sharjah in Match No. 2 of Women's T20 Challenge 2020. Velocity had, on Wednesday, won their first game of the tournament against Harmanpreet Kaur-led Supernovas at the same venue. Velocity won the toss and opted to bat first in a day game at the Sharjah Cricket Stadium but they were bowled out for just 47 runs. In reply, Trailblazers lost the wicket of captain Mandhana (6) before Deandra Dottin (29 not out) and Richa Ghosh (13 not out) carried their team home in just 7.5 overs.

The start was poor for Mithali and the women as they lost five wickets for 21 runs inside the Powerplay. All of their top five batters – openers Shafali Verma (13) and Danielle Wyatt (3), skipper Mithali Raj (1), Veda Krishnamurthy (0) and Sushma Verma (1) fell to Sophie Eccelstone and Jhulan Goswami as the Trailblazers bowlers shone with the new ball.

Everything went downhill from thereon as Ecclestone finished 4 for 9 in 3.1 overs while Goswami and left-arm spinner Rajeshwari Gayakwad got identical figures of 2 for 13 from three overs.

The Velocity lower order capitualted, too, as none Sune Luus (4), Shikha Pandey (10), Sushree Dibyadarshini (0) and Leigh Kasperek (11) could hold fort for long.

Velocity capitulated in just 15.1 overs and Trailblazers had little trouble chasing the total down.

Dottin showed her power-game in her unbeaten 28-ball 29, hitting three boudnaries while Ghosh hit a four and a six in her 10-ball 13 not out.

Trailblazers take on Supernovas in the third and final league game of the tournament on November 7 in Sharjah.

Supernovas are yet to open their account and their net run rate is better than Velocity's at the moment at -0.204.