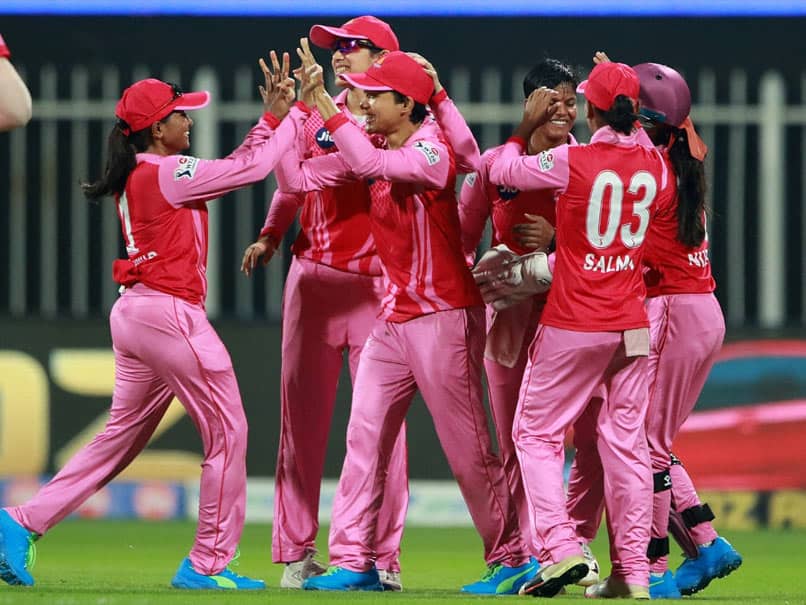 Trailblazers (118 for 8) defeated Supernovas (102 for 7) by 16 runs in the final of the Women's T20 Challenge 2020 to win their maiden title. Chasing an under-par 118 for 8 after Radha Yadav became the first player to take a five-wicket haul in the history of the tournament, Supernovas remained in the hunt while captain Harmanpreet Kaur (30) and Shashikala Siriwardene (19) were at the crease but they lost 4 for 28 in the last six overs to eventually finish on 102. Salma Khatun picked up two wickets, including Harmanpreet, in the 19th over of the chase with Supernovas needing 28 runs to win off the last two overs, to seal the deal for Trailblazers.

Mandhana and Deandra Dottin (20) added 71 for the first wicket in 11.1 overs to lay a good foundation for the rest of the line-up to capitalise.

However, Mandhana's wicket in the 15th with the score 101 for 2 brought about a collapse for Trailblazers as they managed to add just 16 runs in the last five overs while losing six wickets, four of which came in the last over.

Radha was the wrecker-in-chief for Supernovas with her miserly spell of left-arm spin bowling. She dismissed Sophie Ecclestone (1), Jhulan Goswami (1) and Harleen Deol (4) in the 20th over as Trailblazers failed to get any sort of momentum at the death.

Radha finished with 5 for 16 while Poonam Yadav and Siriwardene got a wicket each.

In reply, Supernovas were 37 for 3 in the ninth over after having lost Jemimah Rodrigues (13), Chamari Athapaththu (6), and Tania Bhatia (14) before Harmanpreet and Siriwardene added 37 runs for the fourth wicket.

However, Supernovas choked in the last five overs, losing 3 for 27, and thus conceded the match and their title that they had won for two years in a row in 2018 and 2019.

Comments
Topics mentioned in this article
Harmanpreet Kaur Smriti Mandhana Rajeshwari Gayakwad Jhulan Goswami Poonam Yadav Chamari Atapattu Deandra Dottin Deepti Sharma Cricket Trailblazers vs Supernovas, Final
Get the latest updates on India vs England Series, India vs England , live score and IPL 2021 Auction . Like us on Facebook or follow us on Twitter for more sports updates. You can also download the NDTV Cricket app for Android or iOS.