Women's T20 Challenge Final: Radha Yadav became the first player to take a five-wicket haul in the history of the tournament when she returned 5 for 16 for Supernovas against Trailblazers. 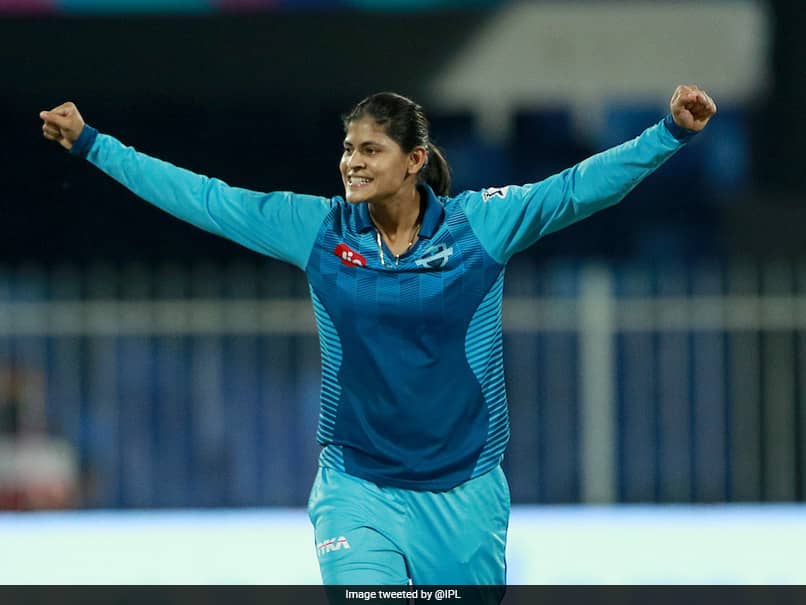 Radha Yadav became the first bowler in the history of Women's T20 Challenge to take a five-wicket-haul when she finished with figures of 5 for 16 in four overs for Supernovas against Trailblazers in the final of the 2020 edition. She got three of these five wickets in the last over of the first inning as she dismissed Sophie Ecclestone (1), Harleen Deol (4), and Jhulan Goswami (1), before Nattakan Chantam (0) was run out on the last ball of the 20th over that yielded just one run for the Trailblazers. As a result, Trailblazers were restricted to 118 for 8 after Supernovas won the toss and elected to field.

Became the first bowler in the history of #JioWomensT20Challenge to pick up a 5-wicket haul. Outstanding bowling from the left-arm spinner to restrict #Trailblazers to just 118 in 20 overs.

Radha had also dismissed Richa Ghosh earlier in the innings for 10 as Trailblazers slowed down and capitulated spectacularly after the dismissal of their captain and top scorer on the night Smriti Mandhana (68 off 49) in the 15th over.

Trailblazers were 101 for 2 after 15 overs with all-rounder Deepti Sharma and Richa at the crease. However, a collapse that saw them lose 6 for 17 in the last five meant they finished on an under-par score.

Radha began the final over of the inning by dismissing Ecclestone, who lobbed a flighted delivery in the air only for Shakera Selman at cover to take an easy catch.

Radha got Harleen dismissed in a similar fashion on the fourth ball of the over before getting Goswami stumped off the next delivery.

She was on a hat-trick on the last ball, but Chatnam kept it out, though not without getting herself run out in an attempt to get an extra run.

Trailblazers and Supernovas made the final of the 2020 Women's T20 Challenge by finishing as the top two teams on the points table while the third team, Velocity, were eliminated.

Comments
Topics mentioned in this article
Harmanpreet Kaur Smriti Mandhana Jhulan Goswami Cricket
Get the latest updates on IPL 2021, IPL Points Table , IPL Schedule 2021 , live score . Like us on Facebook or follow us on Twitter for more sports updates. You can also download the NDTV Cricket app for Android or iOS.