David Warner made his foray into the world of TikTok but asked for help to get underway. 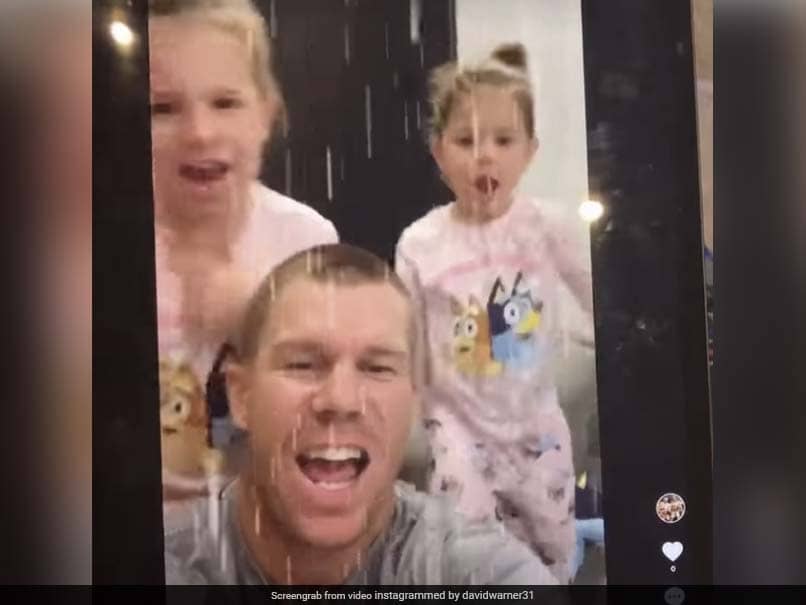 David Warner has been entertaining his fans during this crisis.© Instagram

David Warner, the Australian opening batsman, has been active on social media during the forced break from cricket. David Warner has been entertaining his fans by posting fun videos of himself. In his most recent post, Warner has uploaded a TikTok video of himself on his Instagram account as he funnily sings with his daughters in the background. In the post, Warner says, "Ok, I have zero idea what's going on but have been told to do tik tok by my 5 year old @davidbullwarner31 and I have zero followers I need some help please and they love @tonesandi".

Warner, in his previous Instagram post, had shared a video of himself where he could be seen using the bat like a sword for an ad campaign. The video was shot during last year's IPL and in the video, Warner could be seen wearing the SunRisers Hyderabad jersey.

Throwback to this time last year to a commercial we were doing for @sunrisershyd Do you think I've got @royalnavghan covered for the sword?? ????????

Earlier in the year, Warner was named the captain of the SunRisers Hyderabad for the upcoming edition of the Indian Premier League. The left-handed batsman has played 126 matches in the IPL. He has scored 4706 runs with an average of 43.17 which is brilliant in the shortest format of the game.

He also has 4 IPL centuries and 44 half-centuries to his name in the cash-rich league with a strike rate of 142.39.

The left-handed Aussie batsman much like other sports personalities is spending time with his family. The coronavirus pandemic has led to the cancellation of major sporting events from across the globe. From Tokyo Olympics 2020 to the Wimbledon and French Open, all sporting events have taken a big hit because of coronavirus.