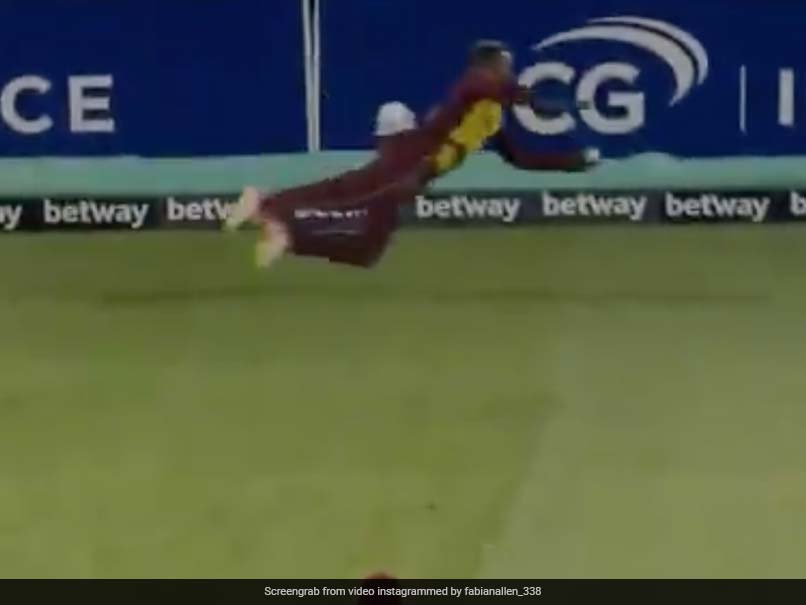 Cricket fans around were left stunned when West Indies all-rounder Fabian Allen took a remarkable one-handed diving catch in the final T20I against Australia. On the second ball of the 10th over bowled by spinner Hayden Walsh, Australia captain Aaron Finch decided to take on a low full toss and hit it towards the long-on boundary. However, Finch didn't get the best of connections. Allen, who was placed in the deep after bowling the previous over, ran full tilt, dived full length and caught the ball one-handed. A dangerous-looking Finch was thereby dismissed for 34 runs off 23 balls.

Fabian Allen also shared the video of his remarkable catch captioned, "Not a bird, not a plane, not a superman, it's your boy Fabian."

Skipper Finch was the top scorer, while Mitchell Marsh scored 30 off 15 balls. The Australian batting line-up failed to stitch together partnerships as they lost wickets at key intervals.

Sheldon Cottrell and Andre Russell starred with the ball, claiming three wickets each.

Andrew Tye took three wickets as the home team put up a challenging 200-run target which the Australians failed to reach.

The win gave the West Indies a 4-1 series victory.