The West Indies-Sri Lanka T20I series has seen a lot of action, with Fabian Allen's return catch topping it all off. 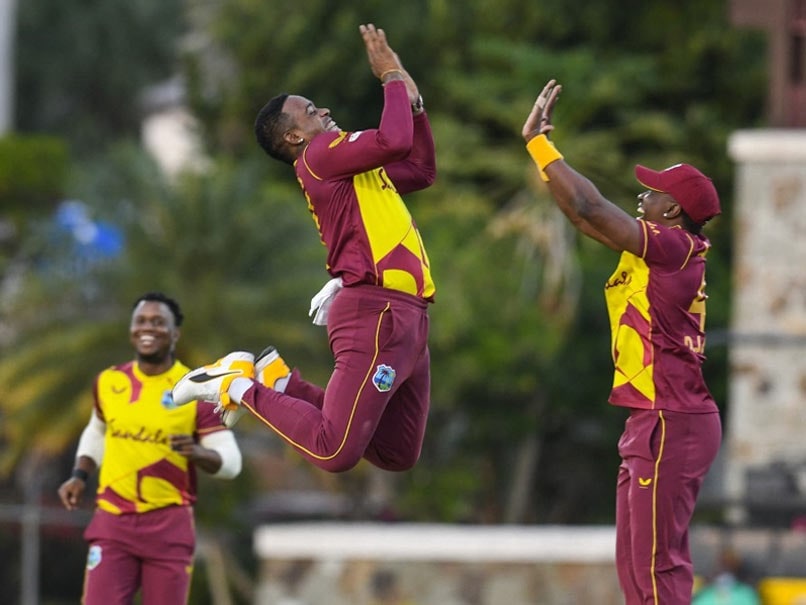 Fabian Allen was at the centre of West Indies' three-wicket win over Sri Lanka in the third and final Twenty20 International (T20I) in Antigua that helped them clinch the three-match series 2-1. Allen produced some late fireworks, smashing 21 not out off just six balls to get the hosts over the line in their chase. But before his heroics with the bat, the West Indies all-rounder bowled four overs, giving away only 13 runs with a wicket to his name as well. Allen removed Sri Lanka opener Danushka Gunathilaka in the third over by taking a sensational one-handed return catch.

This absolute blinder from the Player of the Match Fabian Allen was Spectacular! How good was this Mastercard Priceless Moment? #WIvSL #MenInMaroon #MastercardPricelessMoment pic.twitter.com/oMLQrYeUBd

A disciplined bowling effort from the West Indies, helped them restrict Sri Lanka to 131 for four. Dinesh Chandimal was the top-scorer for the visitors, scoring an unbeaten 54 off 46 balls.

Ashen Bandara too chipped in with a 35-ball 44 to bring some sort of respectability to Sri Lanka's total.

Lendl Simmons and Evin Lewis got the hosts off to a fine start but they lost wickets in heaps to keep Sri Lanka in the game. Chris Gayle could only manage 13, while Kieron Pollard and Dwayne Bravo were dismissed for ducks.

Nicholas Pooran threatened to take the game away but was sent packing by Dushmantha Chameera after scoring 23 off 18 balls.

Just when it seemed Sri Lanka would pull off an unlikely victory, Allen smacked three sixes off the penultimate over bowled by spinner Akila Dananjaya as West Indies finished on 134 for seven in 19 overs.

Dinesh Chandimal Cricket
Get the latest updates on IPL Auction 2023 and check out  IPL 2023 and Live Cricket Score. Like us on Facebook or follow us on Twitter for more sports updates. You can also download the NDTV Cricket app for Android or iOS.