SL vs ENG: We Need To Learn To Bat Like Joe Root, Says Dinesh Chandimal After England Loss

After losing the Test series 2-0 against England due to dismal batting performance, Sri Lanka's stand-in skipper Dinesh Chandimal said that their batsmen needed to be patient in the middle. 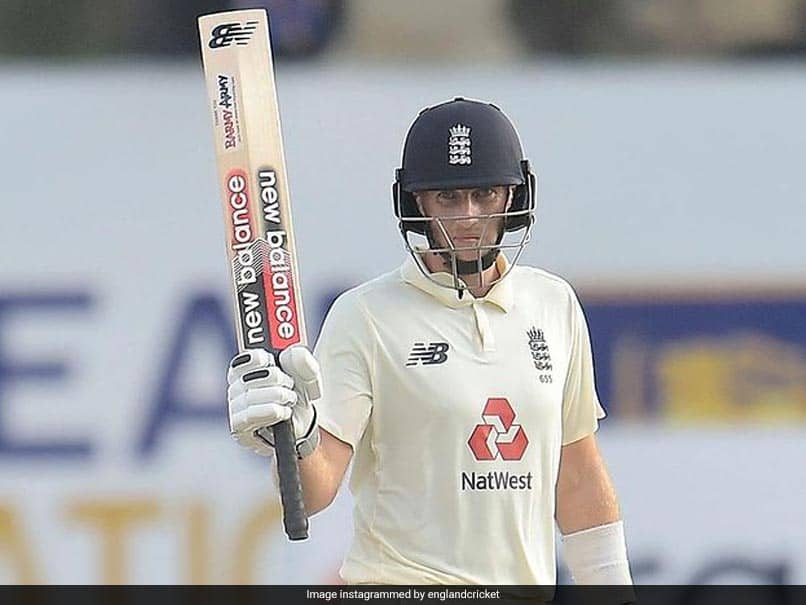 SL vs ENG: Joe Root won the Player of the series against Sri Lanka.© Instagram

After losing the Test series 2-0 against England due to dismal batting performance, Sri Lanka's stand-in skipper Dinesh Chandimal on Monday said that their batsmen need to bat like visiting skipper Joe Root. Dominic Sibley hit an unbeaten 56 and Jos Buttler made a 48-ball 46 as England chased down 164 to defeat Sri Lanka by six wickets in the second Test on Monday at the Galle International Stadium to clinch the series 2-0.

Root was awarded both Man of the Match and Series for his impeccable form with the bat. The England skipper had scored 186 in the first innings of the second Test and this knock followed the 200-run innings in the first Test.

According to Chandimal, England outplayed the hosts on the fourth day and the prior hard work went in vain for Sri Lanka.

"We were outplayed today. We did all the hard work over the last three days, but as a batting unit, we made the same mistakes we made in the first Test on the first day. We need to learn to bat like Root. We need to be patient with the bat. We did well in patches, but it isn't good enough against a team like England.

"Credit to them, they did really well. Even I didn't understand the collapse. I played a rash shot, so I take the responsibility. But nobody in our lineup took responsibility. A score of 250 would have been good on this wicket," he added.

Sri Lanka skipper heaped special praise on spinner Lasith Embuldeniya, who clinched 10 wickets in the second Test and a total of 15 scalps in the series.

"Going forward we need to learn how to bat with patience. But the guys will learn moving forward. Embuldeniya was outstanding throughout the series. He is doing all the hardwork at practice and he always asks how he could improve with the bat and the ball. He is going to be an asset for us going forward. I am really disappointed with the way I batted. I have to learn from my mistakes and I will come back strong," Chandimal said.

Joe Root Lasith Embuldeniya Galle International Stadium, Galle Sri Lanka vs England, 2nd Test Cricket
Get the latest updates on IPL 2021, IPL Points Table , IPL Schedule 2021 , live score . Like us on Facebook or follow us on Twitter for more sports updates. You can also download the NDTV Cricket app for Android or iOS.