Virat Kohli showered accolades on the Afghanistan cricket team and praised the efforts of the players for their relentless pursuit to play brilliant cricket amid worldly distractions. 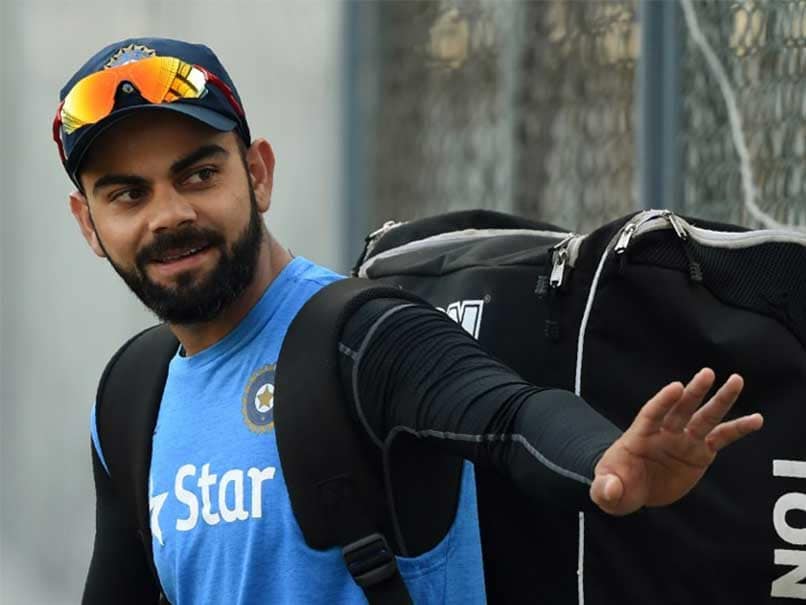 Virat Kohli showered accolades on the Afghanistan cricket team and praised the efforts of the players for their relentless pursuit to play brilliant cricket so far amid a lot of worldly distractions. In a video posted by the Afghan cricket, the Indian skippercongratulated the board for their recent success in the Twenty20 tournament despite the suicide bomb blast near the stadium during the tournament. "I want to congratulate you on your T20 tournament and also wish you all the very best for the future and for the journey you've had in cricket so far. It's been amazing to watch and I've been always following, to see what you guys have been doing," Kohli said.

"I haven't been to Afghanistan but I have heard a lot about it, your vision is very strong and I can see the passion, especially when I see the cricketers play," he added.

Many thanks to Indian captain @imVkohli for his positive outlook on Afghan cricket pic.twitter.com/M6Z5H6eb2r

The Afghanistan cricket team was granted a Test status in June. Putting them in an elite group of 12 sides permitted to compete in the longest format of the sport. They will face Hong Kong from October 20 in the ICC Intercontinental Cup, which is a first-class tournament played between the associate members.

Kohli also had a piece of advice for the young cricketers.

"What I have learnt in my small journey so far is that self belief and hard work will get you success for sure in whatever you do in life. There will always be some distractions but if you remain true to yourself, then success will come to you for sure. So whatever you do, do with full passion and work really hard towards it. That's all I wanted to say and send across this message," he said.

The team has arrived in Hong Kong for the 4-day Intercontinental Cup match pic.twitter.com/WUyDGEqRfz

The Afghanistan cricket board appointed former Australia batsman Dean Jones as interim head coach of the national team, who was without a coach since August after the board chose not to renew Lalchand Rajput's contract following a year-long stint with the side.

Sponsored by Vuukle
Comments
Topics mentioned in this article
India Cricket Team Afghanistan Mohammad Nabi Rashid Khan Virat Kohli Cricket
Get the latest updates on Fifa Worldcup 2022 and check out  Fifa World Cup Schedule, Stats and Live Cricket Score. Like us on Facebook or follow us on Twitter for more sports updates. You can also download the NDTV Cricket app for Android or iOS.