The cricket match played among coconut palms came up with a superb relay catch effort which was as good as they get. 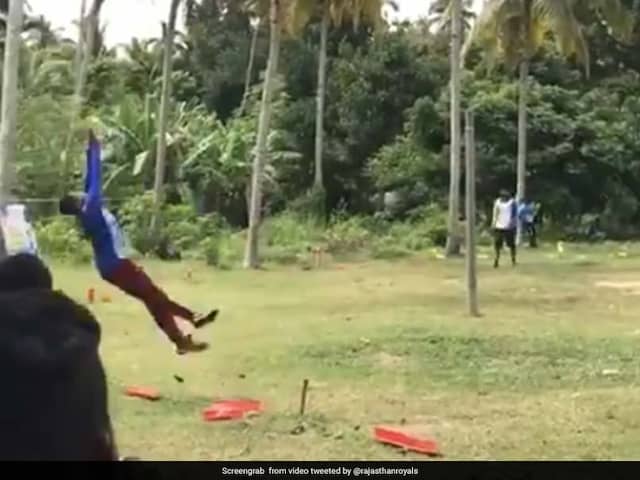 The match was played at an unknown location.© Twitter

Rajasthan Royals (RR) are making sure to keep their fans engaged and entertained even after the conclusion of Indian Premier League (IPL) 2019 months back. They took to Twitter on Monday to post a video of a great relay catch at the boundary line. In the video, two teams are seen playing cricket at an unknown location, where a fielder at the boundary line pulls off a stunning effort helping his teammate complete a relay catch. The Jaipur franchise, who finished seventh in IPL 2019, asked the professional cricketers to take note of the effort.

Fielding at deep mid-wicket, Ingram had leapt to take the catch but with the momentum taking him over the rope, the South African had the presence of mind to throw the ball with to Axar Patel, who completed the catch. The catch was also nominated as the 'Catch of the Tournament' in IPL 2019.