Rohit Sharma scored a record five centuries in a single edition of the World Cup as India outclassed Sri Lanka by seven wickets. 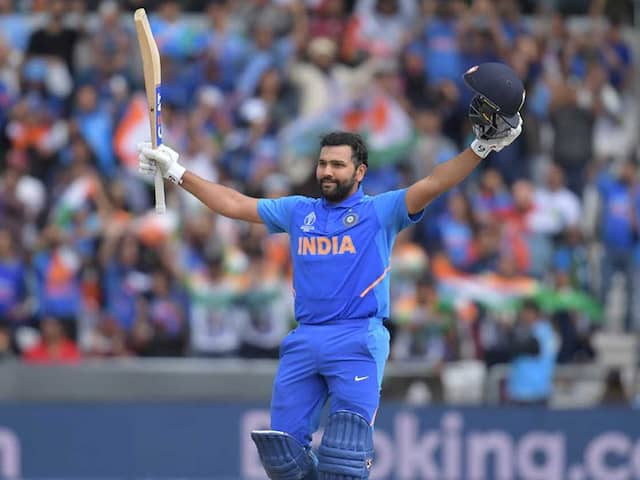 Rohit Sharma spoke about his apprehensions to teammate Yuvraj Singh during the IPL.© AFP

Yuvraj Singh, who starred in India's World Cup win in 2011, helped Rohit Sharma regain his mojo in the ongoing World Cup 2019, revealed the India vice-captain on Sunday. Rohit Sharma scored a record five centuries in a single edition of the World Cup as India outclassed Sri Lanka by seven wickets in Leeds on Saturday. Just two months ago, Rohit Sharma was struggling with the bat even though his team Mumbai Indians went on to win an unprecedented fourth Indian Premier League (IPL) title.

During the IPL, Rohit Sharma spoke about his apprehensions to teammate Yuvraj Singh, who's been through similar phases.

"I was not getting big runs (during IPL). So we were just – I mean, he (Yuvraj) is like a big brother to me. So we always talk about the game, about life. So he said when it matters you will do it. I guess probably he was talking about the World Cup, I think," Rohit said.

Rohit felt it helped that Yuvraj found the former's situation strikingly similar to his own form ahead of the 2011 World Cup.

"So during IPL, we were having a good chat around the game basically. So because he was in a similar phase in 2011 before the World Cup, was not getting enough runs.

"So what he told me was to just be in good space. And that's what he did, that's why he was so successful at that World Cup. So that is the chat we had," he added.

Five hundreds in a single edition is has never been done before but Rohit will only consider it a big highlight if India go on to lift the World Cup trophy on July 14.

"If we win the World Cup then probably I would," Rohit replied when asked if this world record will remain the highlight of his career.

"If not, then I can't, because eventually winning the cup is important, no matter how many runs you score or how many wickets you take."

Four years is a long time and that's why nothing feels good if the mission is not accomplished.

"You have to wait four years for this. Eventually the job for us is to go and win the finals, the semifinals before that, yes. But as long as that is not accomplished, no matter how many runs you score in the tournament or how many hundreds you get, you won't feel satisfied."

He is only 26 runs short of Sachin Tendulkar's highest single edition aggregate of 673 runs, scored in 2003. Rohit's current tally stands at 647.

Yuvraj Singh Rohit Singh World Cup 2019 Cricket Sri Lanka vs India, Match 44
Get the latest updates on IPL 2020, check out the IPL Schedule for 2020 and Indian Premier League (IPL) Cricket live score . Like us on Facebook or follow us on Twitter for more sports updates. You can also download the NDTV Cricket app for Android or iOS.