Jhulan Goswami hit a boundary in the final over to seal India Women's thrilling two-wicket win over Australia in the third and final ODI on Sunday. 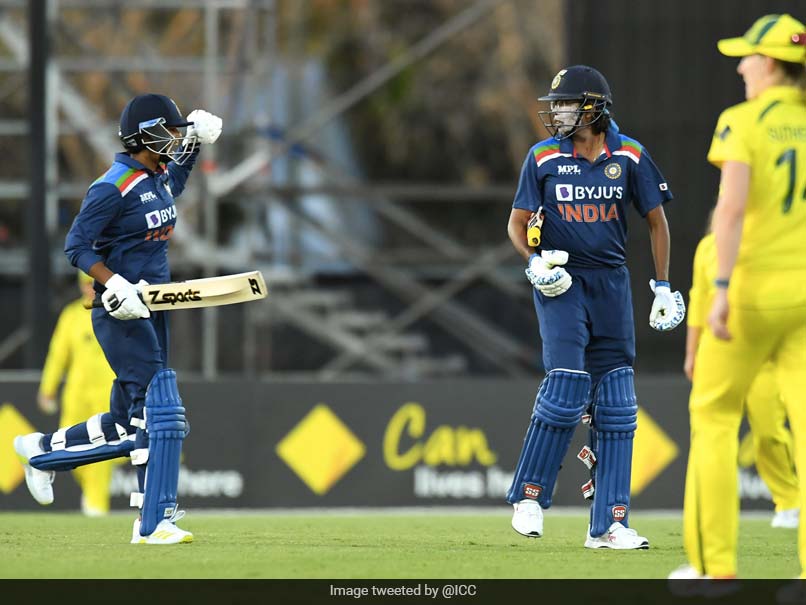 After a heartbreaking defeat in the 2nd ODI, India Women exacted revenge in the third and final ODI against Australia on Sunday, beating them by two wickets in a thrilling encounter in Mackay. India thereby ended Australia Women's record 26-match unbeaten streak in ODIs after just coming up short in the final over in the previous match on Friday. It was veteran Jhulan Goswami who scored the winning runs for India, hitting a boundary in the final over off Sophie Molineux. Responding to Australia's total of 264/9, India reached 266/8 with three balls and two wickets remaining.

Shafali Verma (56 off 91 balls) and Yastika Bhatia (64 off 69 balls) led India's chase while Deepti Sharma (31 off 30 balls) and Sneh Rana (30 off 27 balls) too played crucial knocks as India Women registered their highest ever run chase in ODI cricket.

The two teams will face off again in a one-off pink ball Test to be played from September 30 at the Carrara Oval in Queensland.

"We were just trying to stay there and finish the game. On Friday, it was difficult for bowlers and today as the senior bowler I wanted to stand up and use the new ball well," news agency PTI quoted Goswami as saying after the match.

"I knew I could get breakthroughs. That was what I did. It's important to give your best in the field, take positives and that's what I want to do as a senior.

"Lots of soreness in my body having played back-to-back games, need time to recover, but we're looking forward to be a part of the first-ever pink-ball Test," she added.

Australia Women Jhulan Goswami Australia Women vs India Women, 3rd ODI Cricket
Get the latest updates on ICC Women's Cricket World Cup 2022 and IPL 2022, check out the Schedule , Live Score and IPL Points Table. Like us on Facebook or follow us on Twitter for more sports updates. You can also download the NDTV Cricket app for Android or iOS.