With sportspersons all indoors to counter the coronavirus threat, many have used the time to hone their golfing skills. 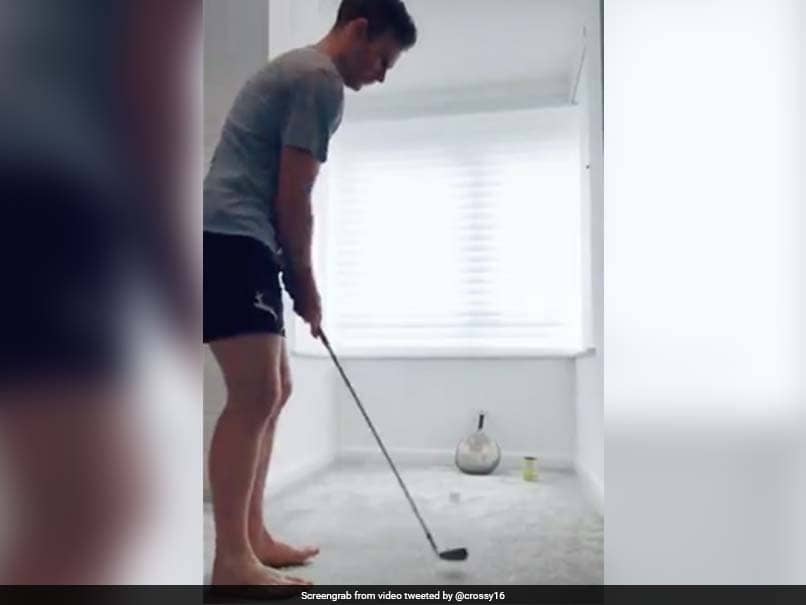 Matthew Cross showed his talents not only with the club in hand but his footy skills as well.© Twitter

At a time when most sporting events around the world are on hold due to the coronavirus pandemic, sportspersons are doing all they can to keep themselves busy. India cricket captain Virat Kohli held an 'Instagram Live' with England star Kevin Pietersen on Thursday, while Ravindra Jadeja showed off his horse-riding skills. British cricket stars are known to have a soft spot for golf and many play the sport in their free time and Scotland's wicketkeeper batsman Matthew Cross seems to be no different.

The 27-year-old blew Twitter away on Thursday when he posted a Tik Tok video of his golf trick shot. The shot not only showed his talent with the golf club in hand but also his footy skills.

Former Netherlands captain Peter Borren was among those to reply on the post, calling it "unreal".

I dont care how long it took you to do that. To just do it once is unreal.

@ICC have a look at another one of our talented flock

Matthew Cross made his One-day International (ODI) debut for Scotland in 2014 against Canada. He has played 52 ODIs, scoring 1,136 runs at an average of 24.17 with two centuries and five fifties to his name.

He has taken 71 catches and has four stumpings to his name in the 50-over format.

The right-handed bat has also played 43 Twenty20 Internationals for Scotland, having made his debut in July, 2013 against Kenya.

As per reports in the British media, the Scotsman is a multi-talented sportsperson, having represented Aberdeen Football Club at U15s level.

Scotland Matthew Cross Cricket
Get the latest updates on India vs England Series, India vs England , live score and IPL 2021 Auction . Like us on Facebook or follow us on Twitter for more sports updates. You can also download the NDTV Cricket app for Android or iOS.