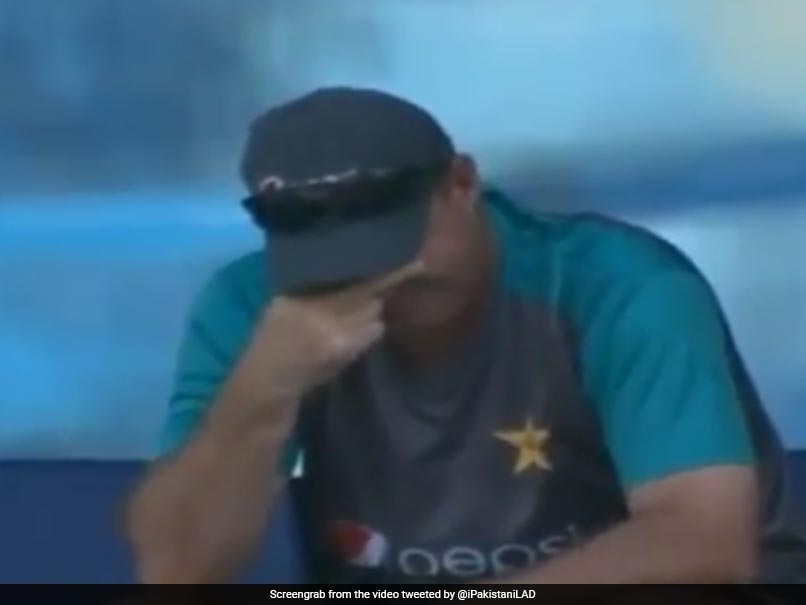 Day 2 of the second Test between Pakistan and Sri Lanka witnessed a bizarre moment of play when pacer Wahab Riaz missed his run-up and aborted the delivery five times in a row. The incident occurred as the left-arm pacer attempted to deliver the 5th ball of his 19th over - 111th over of Sri Lanka's first innings. Riaz's struggles left wicketkeeper-captain Sarfraz Ahmed and coach Mickey Arthur visibly upset. While Sarfraz didn't say a word, Arthur having had seen enough, stood up and walked back into the dressing room. The 32-year-old was on the receiving end of several jokes on social media as well.

Wahab Riaz misses his run-up " FIVE TIMES " in a row

The pacer, however, made amends for the blip as he took three wickets in a fiery spell on the third day on Sunday.

Riaz grabbed 3-10 to derail Sri Lanka's second innings -- 34-5 at close -- but the visitors were still in a strong position with an overall lead of 254 runs with five wickets intact.

Riaz dismissed Sri Lankan skipper Dinesh Chandimal leg before for nought in the last over before close to give Pakistan a faint hope of upsetting the tables, but it will be an uphill task for their faltering batsmen to improve in the second innings.

Comments
Topics mentioned in this article
Pakistan Cricket Team Sri Lanka Cricket Team Wahab Riaz Sarfaraz Khan Mickey Arthur Cricket
Get the latest updates on ICC Women's Cricket World Cup 2022 and IPL 2022, check out the Schedule , Live Score and IPL Points Table. Like us on Facebook or follow us on Twitter for more sports updates. You can also download the NDTV Cricket app for Android or iOS.