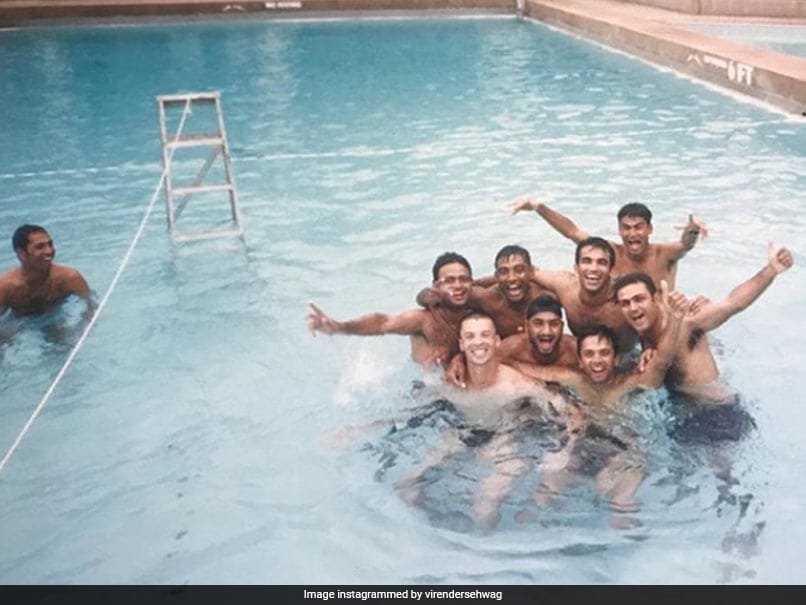 With the coronavirus pandemic in full flow, people, including athletes, have become nostalgic lately. Posting throwback photos on social media has become a trend since the lockdown began, and its being carried on even now. Former India cricketer Virender Sehwag has also been playing his part with nostalgic uploads on his social media handles. Recently, he shared a photo on Instagram, which showed him and other former Indian cricketers sharing a light moment in a swimming pool.

In the photo, Sehwag can be seen with the likes of Harbhajan Singh, Rahul Dravid, Zaheer Khan and Mohammad Kaif. VVS Laxman can also be seen, although he is a little distant from the other people in the photo.

The photo sent many Indian cricket fans into a gaga mode. One user commented, "When Cricket was an emotion ... Gone are those days."

Meanwhile, another fan said, "What a Epic Team full of Legends".

Considered by many as one of the best batsmen ever in world cricket, Sehwag was an opener for India, and could also bowl occasionally. He holds multiple batting records, including the highest score made by an Indian in Test cricket, which was 319 against South Africa. Sehwag retired from all forms of cricket on October 20, 2015.