Virender Sehwag and Sachin Tendulkar opened together in 93 ODIs for India, scoring a total of 3,919 runs at an average of 42.13. 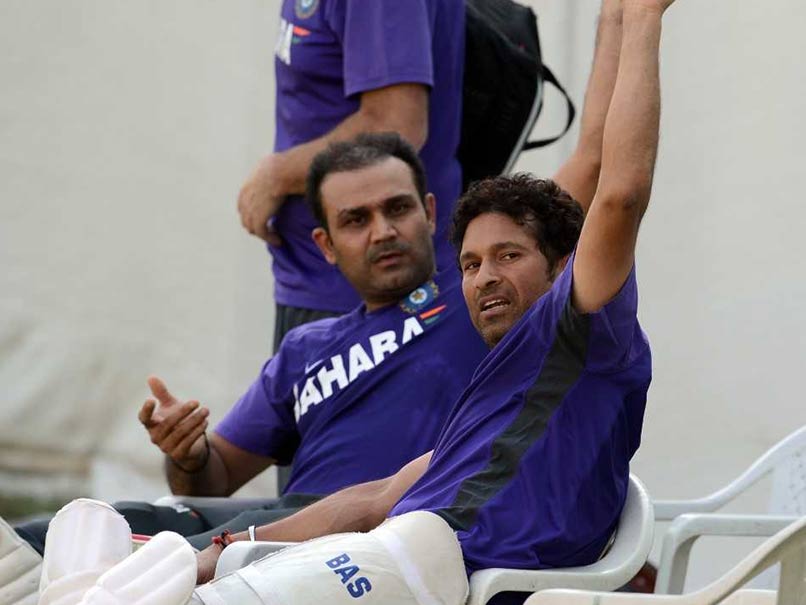 Former Indian opening batsman Virender Sehwag pointed out the Sachin Tendulkar in the Pakistan cricket team. Virender Sehwag said Shahid Afridi, as a player, was like India's Sachin Tendulkar in the Pakistan cricket team. "Everyone in our team had talked about Afridi before my first series against Pakistan. As a player, he was like our Tendulkar in the Pakistan team and we all discussed about him", Virender Sehwag told Gulf News.Sehwag also stressed on the importance of India-Pakistan series. "Every Indian and Pakistani want to see an India-Pakistan series. We as cricketers too want to watch it. Hopefully the governments of both countries will talk and resume the series. I have many lovely memories like my triple century in the Multan Test match double century in Lahore Test and my century in Kochi ODI match", he added.

Sehwag and Tendulkar opened together in 93 ODIs for India, scoring a total of 3,919 runs at an average of 42.13. The duo notched twelve 100-run and eighteen 50-run stands as an opening pair to occupy fourth place in the list of highest opening partnership runs in international cricket.

Incidentally, Tendulkar along with long-time teammate Sourav Ganguly head the list. India's two former captains opened together in 136 ODIs, scoring a whopping 6,609 runs combined at an average of 49.32. Tendulkar and Ganguly notched up 21 100-run partnerships and 23 50-run stands.