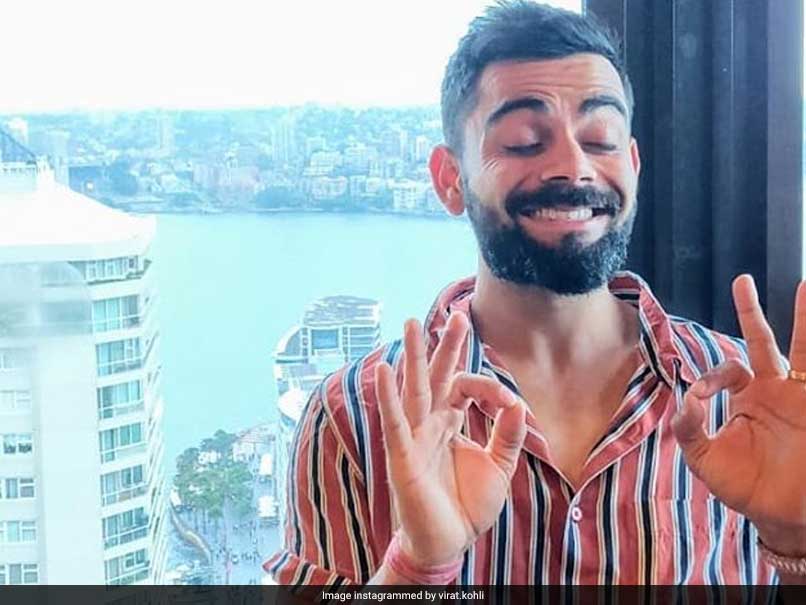 Virat Kohli is currently gearing up for the three-match ODI series vs Australia.© Instagram/virat.kohli

Virat Kohli is again breaking the Internet. This time for posting a picture on social media, which shows him in a state of "bliss." The Indian captain, who propelled India to a historic Test series victory in Australia, is currently in Sydney, where the first One-day International of the three-match series between India and Australia will be played. The SCG was also the venue of the fourth and final Test that ended in a draw to due to rain.

Soon after India clinched the Test series 2-1, Virat Kohli was accompanied by Anushka Sharma during the celebrations at the Sydney Cricket Ground. Kohli is currently basking in the reputation of being the first Indian captain to win a Test series in Australia, and Team India coach Ravi Shastri has heaped lots of praise on the captain.

Shastri, in an interview to India Today, had said that it was Virat Kohli's outstanding cricketing acumen that helped India outsmart Australia in the four-match Test series which India won 2-1. India clinched the Test matches played in Adelaide and Melbourne and lost the one in Perth. The fourth and final Test in Sydney had ended in a draw due to rain.

Shastri said, "Tactically I think we outsmarted Australia. And a lot of credit should go to Virat Kohli's leadership on the field."

Virat Kohli
Get the latest updates on ICC T20 Worldcup 2022, check out the Schedule and Live Score. Like us on Facebook or follow us on Twitter for more sports updates. You can also download the NDTV Cricket app for Android or iOS.