Virat Kohli left a sweet comment after Anushka Sharma shared a picture of her baby bump. 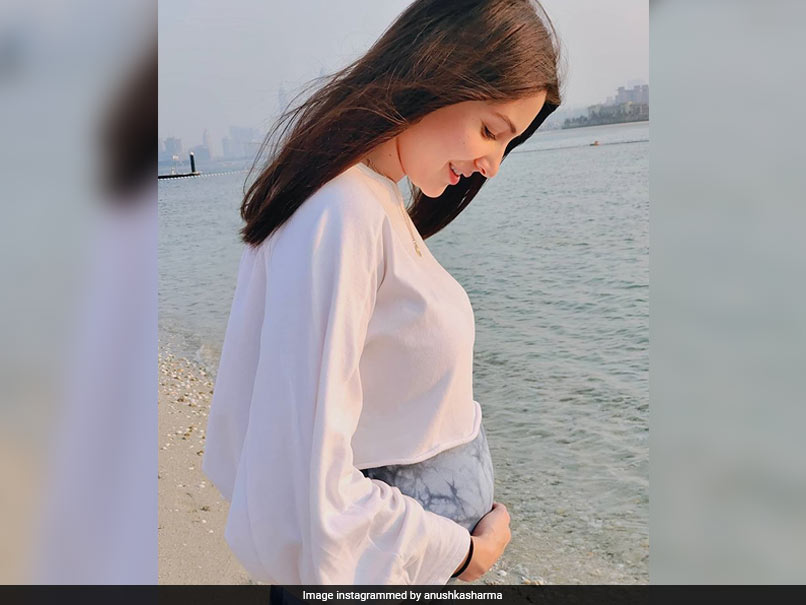 Anushka Sharma shared a picture of her baby bump.© Instagram

Anushka Sharma, who last month announced that she and Virat Kohli are expecting their first child in January, took to Instagram to share a picture of her baby bump. "Nothing is more real & humbling than experiencing creation of life in you," she captioned the picture. "When this is not in your control then really what is ?" she wrote. Despite her thoughtful caption, it was Virat Kohli's comment that really stole the cake. "My whole world in one frame," the India and Royal Challengers Bangalore (RCB) captain wrote, with a heart emoji.

Nothing is more real & humbling than experiencing creation of life in you . When this is not in your control then really what is ?

Kohli and Anushka, who got married in November 2017, took to social media on August 27 to announce that they are expecting their first child.

And then, we were three! Arriving Jan 2021 pic.twitter.com/0BDSogBM1n

Kohli is currently in the United Arab Emirates for this year's season of the Indian Premier League (IPL).

He will be leading RCB in their quest for a maiden IPL title once the cash-rich league gets underway on September 19.

RCB will play their first match of the tournament on September 21 against SunRisers Hyderabad in Dubai.

Kohli said that he feels this is the most balanced their squad has been since 2016, when they last reached the final.

He said that he has never been this calm ahead of an IPL season.

Royal Challengers Bangalore IPL 2020 Cricket
Get the latest updates on ICC T20 Worldcup 2022, check out the Schedule and Live Score. Like us on Facebook or follow us on Twitter for more sports updates. You can also download the NDTV Cricket app for Android or iOS.