Virat Kohli revealed what was his standout story from the coronavirus-enforced lockdown during a chat with Mayank Agarwal. 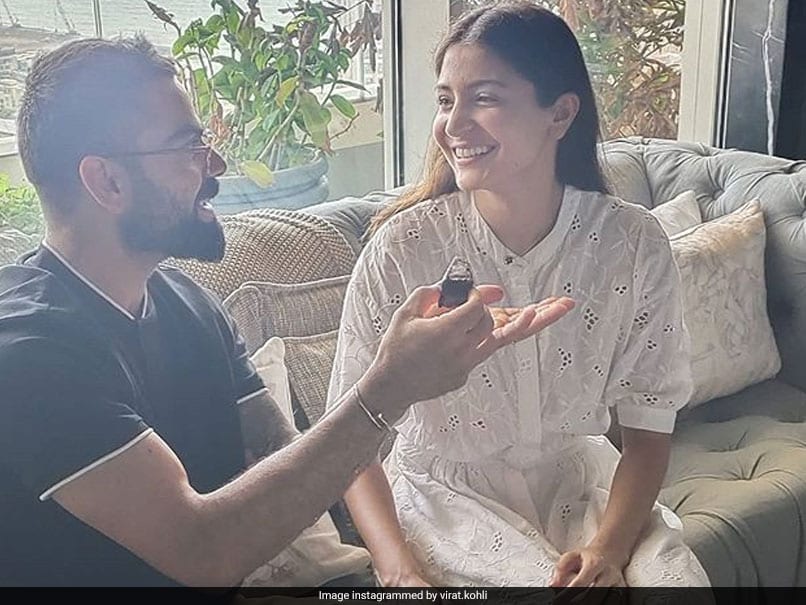 Virat Kohli had baked a cake for the first time in his life on Anushka Sharma's birthday.© Instagram

India captain Virat Kohli said that baking a cake for his wife Anushka Sharma will be the standout quarantine story for him during this coronavirus-induced lockdown. Kohli, who made a cake for Anushka's birthday, revealed that it was his first attempt at baking. "I baked a cake for the first time in my life on Anushka's birthday, so that will be a standout quarantine story for me. I had never done baking in my life, and I was able to do it properly in my first attempt. She told me that she loved the cake and it was very special," Kohli told Mayank Agarwal in a video posted by the official Twitter handle of BCCI.

When asked about his learning from this lockdown, Kohli replied: "This phase has realised me to focus on life and cricket is just a part of it."

During the interaction, Kohli also revealed that Mayank Agarwal makes the best protein shakes in the Indian team. The skipper also named Navdeep Saini as someone who is quite good at making protein shakes.

From baking for his special someone in the lockdown to revealing the best smoothie makers in the team, @imVkohli answers it all on #OpenNetsWithMayank.

Kohli and Mayank would soon be seen in action for Royal Challengers Bangalore and Kings XI Punjab respectively in the Indian Premier League (IPL) starting from September 19 in the UAE.

At present, Kohli is ranked at the top spot in the ICC ODI rankings while he is in the second place in Tests rankings.

Virat Kohli Mayank Agarwal Navdeep Saini Cricket
Get the latest updates on Fifa Worldcup 2022 and check out  Fifa World Cup Schedule, Stats and Live Cricket Score. Like us on Facebook or follow us on Twitter for more sports updates. You can also download the NDTV Cricket app for Android or iOS.