Virat Kohli Is A Fighter Who Doesn't Like To Lose, Says AB De Villiers

AB de Villiers marked India, the hosts England, the defending champions Australia and Pakistan as the favourites to win the World Cup. 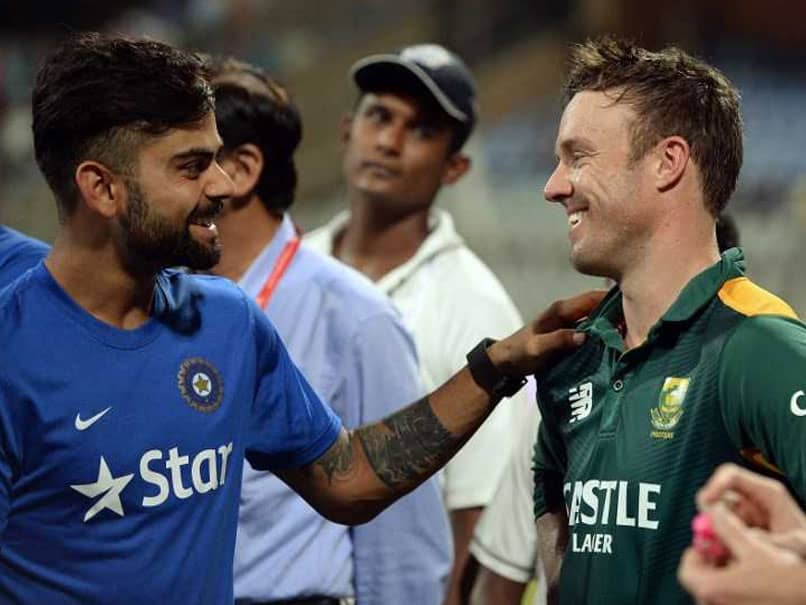 Virat Kohli is arguably the best batsman in the world right now and former South Africa skipper AB de Villiers believes that keeping the Indian captain in check could be a headache for most teams in the upcoming World Cup 2019 to be played in England and Wales, starting May 30. "Virat's performances over the last while have been incredible and I can't see it stopping very soon," AB de Villiers was quoted as saying by www.icc-cricket.com.

De Villiers, who has been associated with the Royal Challengers Bangalore since 2011, shares a great camaraderie with the Indian Premier League franchise captain Virat Kohli.

The South African has been a crucial member of RCB's batting line-up and two of his three IPL centuries came while playing for the Bangalore-based outfit.

"I see lots of similarities between myself and Virat. We are both fighters and don't enjoy losing, we love batting together and taking the game away from teams," De Villiers added.

"However, he is human after all and, like any other cricketer, he will go through patches from time to time where he has to go back to the basics and work his way through it again. I believe it's his personality and mental strength that gets him through those moments and makes him the best ODI player in the world at the moment.

"India and England are looking strong, Australia have won five World Cups in the past and Pakistan claimed the Champions Trophy in the UK two years ago. Those four teams are probably the favourites," De Villiers said.

Popularly known as Mr. 360, De Villiers, sent shock waves around the cricketing world by announcing his retirement from international cricket in May last year, citing that he "has run out of gas".

Royal Challengers Bangalore Cricket World Cup 2019
Get the latest updates on IPL 2021, IPL Points Table , IPL Schedule 2021 , live score . Like us on Facebook or follow us on Twitter for more sports updates. You can also download the NDTV Cricket app for Android or iOS.