Virat Kohli backed Rishabh Pant as he believes it is disrespectful to mock the young wicketkeeper-batsman by shouting MS Dhoni's name in the stadium. 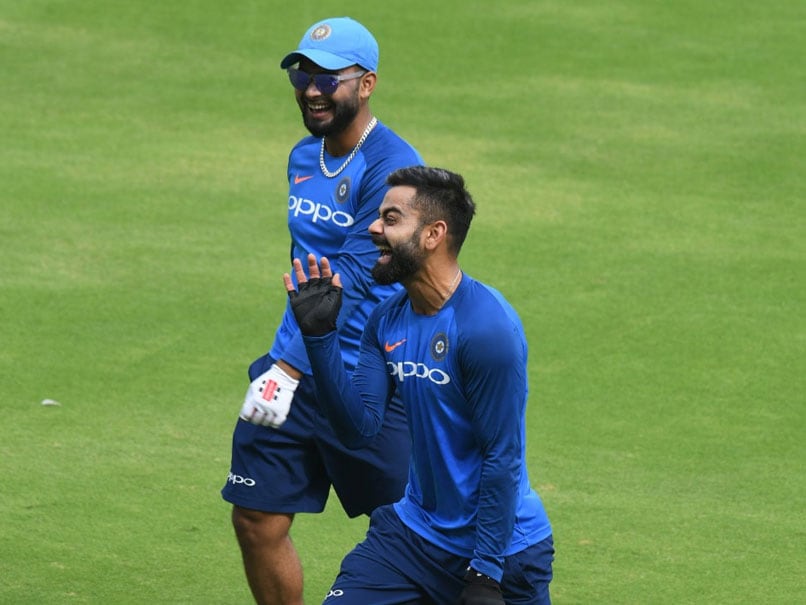 Virat Kohli came out in support of Rishabh Pant.© AFP

Virat Kohli came out in support of Rishabh Pant during the pre-match press conference ahead of the first T20 Internationalagainst the West Indies on Friday. The India captain feels it is not respectful to shout MS Dhoni's name in the stadium to mock the young wicket-keeper batsman. Rishabh Pant is being groomed across formats to fill in the big boots of MS Dhoni, but his poor performances have prompted fans to mock him time and again. Kohli, 31, feels every player deserves to be supported while playing in their own country.

"I think it's a collective responsibility for everyone around us as well to give that player (Rishabh Pant) some space," Kohli said.

"If he misses a chance or something, you know, people can't shout MS' (MS Dhoni) name in the stadium, it's not respectful if I have to put it that way, because no player would like that to happen. You're playing in your own country and you should get support, rather than thinking what mistake is he going to make, no one wants to be in that position," Kohli added.

Pant, 22, will have a chance in the limited overs series against the West Indies to prove his mettle and silence his critics. He has played 23 T20Is for India and scored at a strike rate of 118.15. However, the Delhi batsman averages only 19.88 in the shortest format of the game.

India will host the West Indies for three T20Is and as many ODIs, starting from Friday. The series will conclude on December 22 in Cuttack.