Abdul Razzaq feels Virat Kohli scores consistently and is a good player but Sachin Tendulkar was a different class altogether. 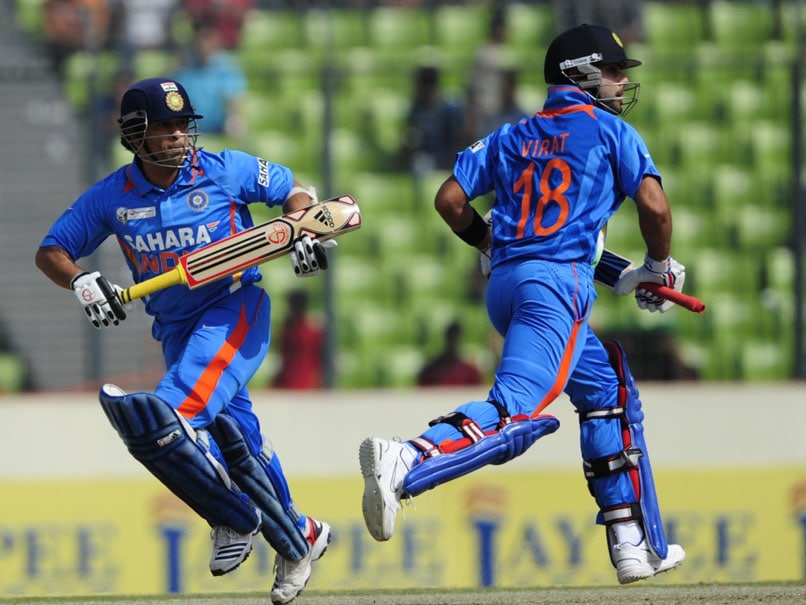 Abdul Razzaq continues to make huge claims about premier Indian cricketers. A day after calling fast bowler Jasprit Bumrah a "baby bowler", former Pakistan all-rounder Abdul Razzaq has now said that India captain Virat Kohli is consistent but cricket legend Sachin Tendulkar was a different class altogether. "We are not seeing the same world class players that we played against say between 1992 to 2007. T20 cricket has changed the game. There is no depth in bowling, batting or fielding. It is all basic now," Razzaq said in an interview to cricketpakistan.com.pk.

"Look at Virat Kohli when he scores he scores. Yeah, he is a good player for them and is performing consistently, but I don't place him in the same class as Sachin Tendulkar, who was a different class altogether," he added.

Kohli, 31, had broken Tendulkar's record of being the quickest to 11000 runs. Kohli took 222 innings to achieve the feat while Tendulkar achieved it in 276 innings.

Kohli, who has 11520 ODI runs under his belt, will be next seen in the first of the three-match Twenty20 International (T20I) series against the West Indies, starting from Friday.

He averages 60.31 in ODIs and regained the top Test rankings.