Virat Kohli reclaimed the top spot on the ICC Test batsmen's rankings after Steve Smith failed to register big scores during the two-Test series with Pakistan. 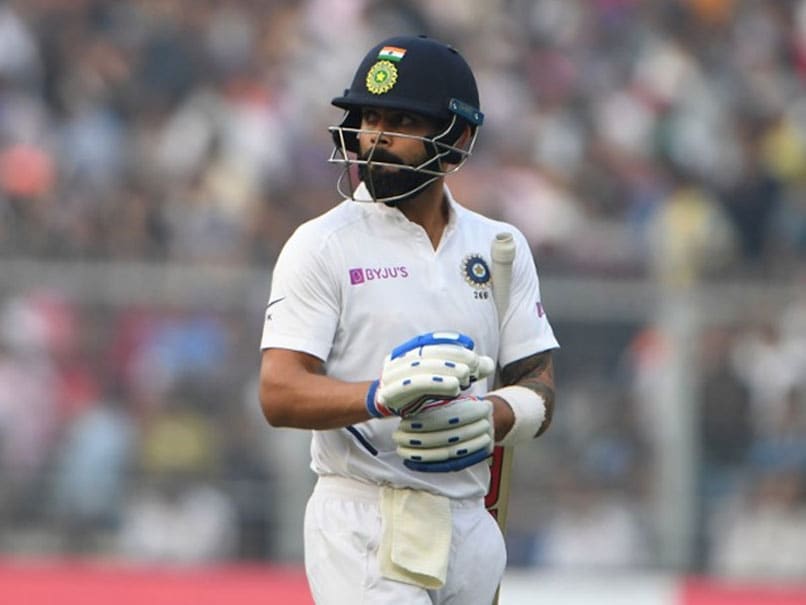 Virat Kohli, on the back of impressive performances in India's home season, has regained the top spot in the ICC rankings for Test batsmen after Steve Smith failed to make an impact in Australia's 2-0 series sweep against Pakistan. Kohli posted his highest-ever Test score in the second Test against South Africa and followed it up with a century to remember in India's first day-night Test at the Eden Gardens against Bangladesh. David Warner, with a century and a triple-ton against Pakistan, has moved into the top 5, with Ajinkya Rahane dropping down to sixth.

Kane Williamson, who scored a century in New Zealand's second Test against England, stays in third while Cheteshwar Pujara continues to occupy the fourth position.

Steve Smith, who had rocketed up to the top of the rankings in September with a superlative show in the Ashes, managed returns of 4 and 36 in the two matches against Pakistan, which saw him drop to second place. While Virat Kohli has 928 points, Steve Smith is now five points adrift with 923 points.

With India's next Test assignment slated for February 2020 when they tour New Zealand, Steve Smith will have a chance to go past Kohli when Australia host the Kane Williamson-led team in a three-match series starting December 12.

Rohit Sharma, whose return of 539 runs in the series against South Africa saw him enter the Top 10 in the rankings, has dropped to 16 after disappointing scores in the Bangladesh series.

Joe Root, who had briefly dropped out of the Top 10, made a comeback of sorts and is now in 7th position after a defiant 226 in Hamilton against New Zealand.

Australia's Marnus Labuschagne, who is the highest run-getter in Tests in 2019, is now in the 8th spot.

In the bowlers' rankings, Mohammed Shami has broken into the Top 10 for the first time in his career, while Pat Cummins keeps his spot at the top of the table.