Virat Kohli, who married actress Anushka Sharma in 2017, led the heartwarming wishes for the newly-engaged couple on social media. 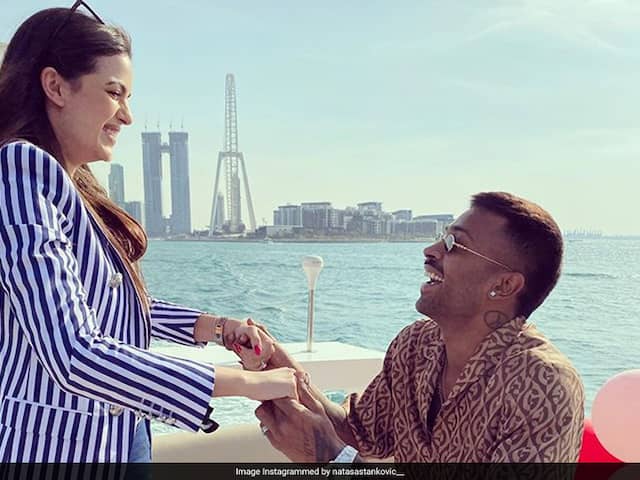 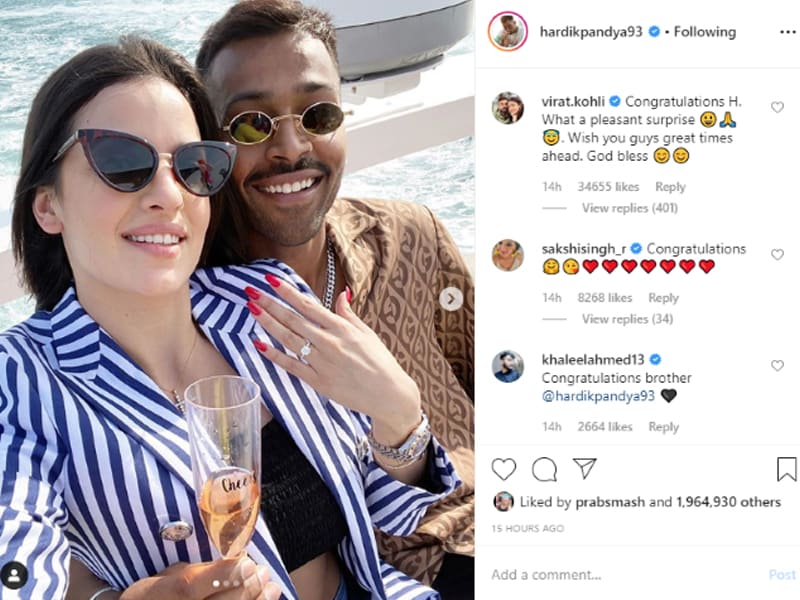 Many of Hardik's teammates from the Indian team and Indian Premier League (IPL) franchise Mumbai Indians congratulated the cricketer on his engagement.

KL Rahul, Yuzvendra Chahal, Kuldeep Yadav and Ishan Kishan were among those who joined Hardik's celebration on Instagram.

Earlier, Hardik had marked the beginning of new year 2020 with an Instagram post, saying: "Starting the year with my firework".

Starting the year with my firework

Hardik is recovering from a back injury and has missed out on the Twenty20 International (T20I) and One-Day International (ODI) series against Bangladesh and the West Indies.

He will also miss out on India's upcoming home series against Sri Lanka and Australia but the Board of Control for Cricket in India (BCCI) has named him in India A's squad for the New Zealand tour.