Hardik Pandya took to Instagram to reveal that he got engaged to Natasa Stankovic. 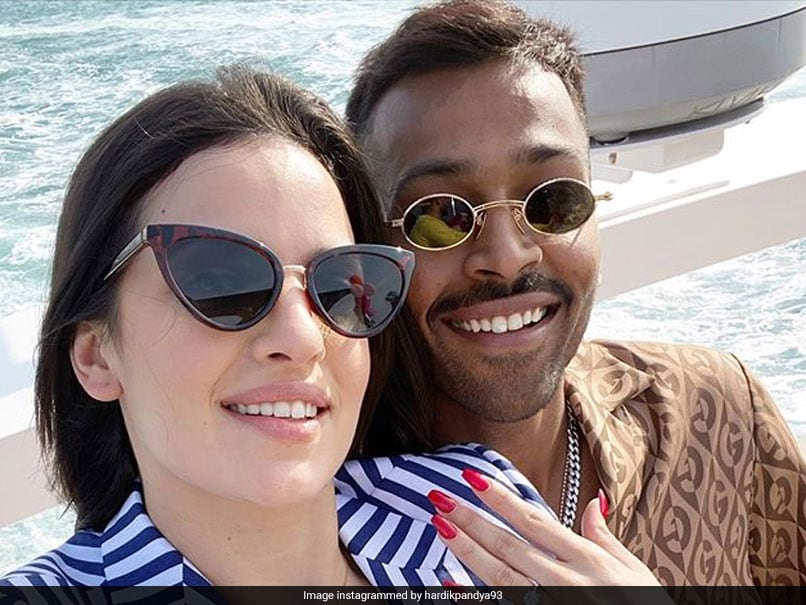 Hardik Pandya announced that he got engaged to Serbian actress Natasa Stankovic via an Instagram post on Wednesday. "Mai tera, Tu meri jaane, saara Hindustan. 01.01.2020 #engaged," Hardik Pandya captioned his Instagram post. Soon after Hardik Pandya shared the news, fans flooded the all-rounder's post with congratulatory messages. Kuldeep Yadav was the first among his teammates from Indian cricket team to wish the 26-year-old. On Tuesday, Hardik had shared a picture with Natasa on social media.

Natsa too posted a video of Hardik proposing to her with a ring.

The 26-year-old is recovering from a back injury and has missed out on the Twenty20 International (T20I) and One-Day International (ODI) series against Bangladesh and the West Indies.

Hardik will also miss out on India's upcoming home series against Sri Lanka and Australia but the Board of Control for Cricket in India (BCCI) has named him in India A's squad for the New Zealand tour.

After the series, Hardik underwent a surgery in London to treat his lower back problem in October.

In an interview, Hardik revealed why he decided not to delay his surgery. "We thought this was the right time because even if I take four months, I will be coming back before the New Zealand series, mid-way actually," said the 26-year-old all-rounder.

"That was the plan that I play some international games, the IPL and then the World T20. The biggest concern was the World T20 which touch wood is now in place," he added.

Hardik Pandya Cricket
Get the latest updates on IPL Auction 2023 and check out  IPL 2023 and Live Cricket Score. Like us on Facebook or follow us on Twitter for more sports updates. You can also download the NDTV Cricket app for Android or iOS.