Hardik Pandya has been out of action for the last two months following a lower back surgery. 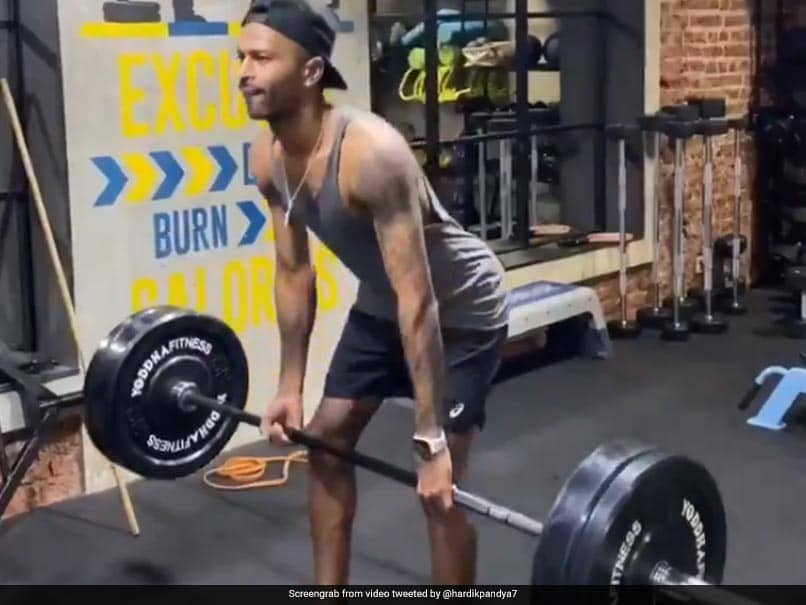 Hardik Pandya, who is out of action for last couple of months, shared his training video on Twitter on Wednesday. The one-minute video shows Hardik challenging his body through various exercises. "Stronger every day," Hardik captioned the video. Bollywood star Sunil Shetty posted a motivational message for the Indian all-rounder, who is out of action since last two months following a lower back surgery. Like many Indian fans, Sunil Shetty hoped for his "big return" and wished him luck. "Looking forward to that big return ... more power to you," Shetty replied.

Looking forward to that big return ... more power to you .

The three-match series ended on level terms as India and South Africa won the second and third match respectively, while the series opener was washed out in Dharamsala.

After the series, Hardik underwent a surgery in the United Kingdom to treat his lower back problem in October.

Since then, he is undergoing an intense rehabilitation programme, striving to get to the full-match fitness.

In an interview, Hardik talked about why he decided not to delay his surgery. Hardik accepted that he knew going under the knife would keep him off the field for very long time but he couldn't have thought of a better time to get his back treated because had he delayed the surgery, it might have left him in fitness race for the T20 World Cup in Australia next year.

"We thought this was the right time because even if I take four months, I will be coming back before the New Zealand series, mid-way actually," said the 26-year-old all-rounder.

"That was the plan that I play some international games, the IPL and then the World T20. The biggest concern was the World T20 which touch wood is now in place," Hardik said.

Hardik is expecting to make a comeback to the Indian team mid-way during the New Zealand tour, slated to take place between January and March 2020.