Jasprit Bumrah And Hardik Pandya's Injuries Are A Cause Of Concern, Says Mohinder Amarnath

Mohinder Amarnath said that while the Indian team looks like a settled side with formidable talent across department, he hopes Hardik Pandya and Jasprit Bumrah heal well. 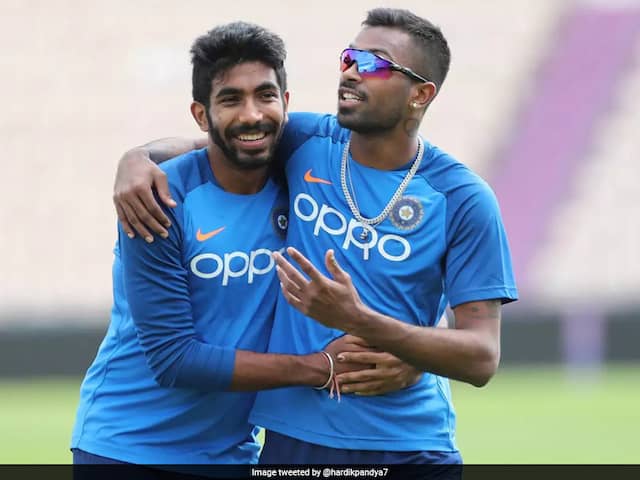 Hardik Pandya and Jasprit Bumrah are out of action due to back injuries.© Twitter

Former India all-rounder Mohinder Amarnath has expressed concern over the injuries that all-rounder Hardik Pandya and ace fast bowler Jasprit Bumrah are suffering from. The 1983 World Cup hero said that back injuries are always difficult to come back from for any bowler. Amarnath said in his column for Times of India that while the Indian team looks like a settled side with formidable talent across department, he hopes Pandya and Bumrah heal well.

"The only concern I have is for the injured duo, Jasprit Bumrah and Hardik Pandya. A back injury is always hard to come back from for a bowler," he said.

"It is either caused by a faulty action or trying for extra pace. I hope I am wrong, but a stressed back can make the return to top pace a long, arduous one. Both these lads are very, very important for the team, and I hope they heal well."

He also said that with the team so stable across departments, no player should be allowed to choose matches and dictate terms. "Nobody should be in a position to dictate terms regarding his selection without playing adequate domestic cricket. There is no player who should be able to tell the team that he wants to choose his matches," he said.

"It would be an unhealthy trend to start, particularly when there are hundreds of cricketers across India who are toiling in domestic cricket. This would send a wrong message about merit and hard work to them. Wriddhiman Saha, Rishabh Pant and Sanju Samson are all very competent and the thrust should be to look forward."

Hardik Pandya Mohinder Bhardwaj Amarnath Cricket
Get the latest Cricket news, check out the India cricket schedule, Cricket live score . Like us on Facebook or follow us on Twitter for more sports updates. You can also download the NDTV Cricket app for Android or iOS.