Abdul Razzaq has been at the receiving end of a lot of trolling since he called Jasprit Bumrah a "baby bowler" during an interview in Pakistan. 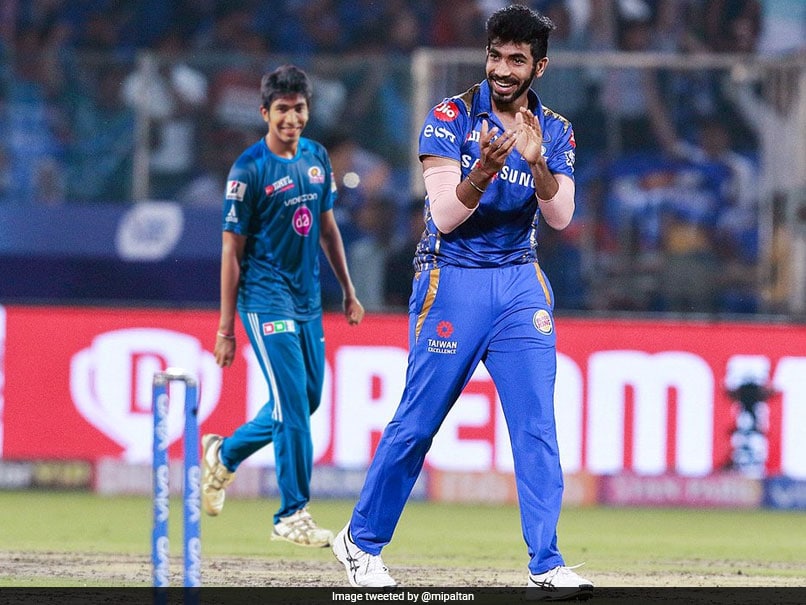 Jasprit Bumrah, India's premier fast bowler, turned 26 on Friday with wishes from his teammates and followers coming in large numbers. While every wish was unique, Bumrah's Indian Premier League (IPL) franchise Mumbai Indians' birthday wish was a class apart. Mumbai Indians, through their tweet, not only wished Bumrah on his special day but also trolled former Pakistan all-rounder Abdul Razzaq for calling their star player a "baby bowler".

Tagging Bumrah in their tweet, Mumbai Indians tweeted: "From a 'baby bowler' to a world-beater".

Referring to Bumrah as a "baby bowler", Razzaq, in an interview had said that the Indian pacer would have been under pressure while bowling to him.

"I have played against great bowlers like Glenn McGrath and Wasim Akram, so Bumrah is a baby bowler in front of me and I could have easily dominated and attacked him," Razzaq had said in an interview.

Razzaq's comments about Bumrah, who currently holds the top spot in ICC ODI Bowlers Rankings, created a lot of stir in the country.

His comments didn't go down well with the Indian fans and they mercilessly trolled the former all-rounder on social media, with many reminding him that he got out to a Munaf Patel delivery in the 2011 World Cup.

Bumrah is considered to be one of the top bowlers in the world cricket across all formats of the game. He is currently recovering from an injury which he sustained while playing in the West Indies.

In his last international appearance, Bumrah had wreaked havoc on the West Indies batsmen as he claimed his maiden hat-trick in Test cricket in the second Test of the two-match series, which India won 2-0.

Mumbai Indians Cricket
Get the latest updates on ICC T20 Worldcup 2022 and CWG 2022 check out the Schedule, Live Score and Medals Tally. Like us on Facebook or follow us on Twitter for more sports updates. You can also download the NDTV Cricket app for Android or iOS.