"3 Years And Onto A Lifetime Together": Virat Kohli Shares Special Picture With Anushka Sharma On Wedding Anniversary

Virat Kohli shared a picture with wife Anushka Sharma on Twitter, writing, "3 years and onto a lifetime together", on their third wedding anniversary. 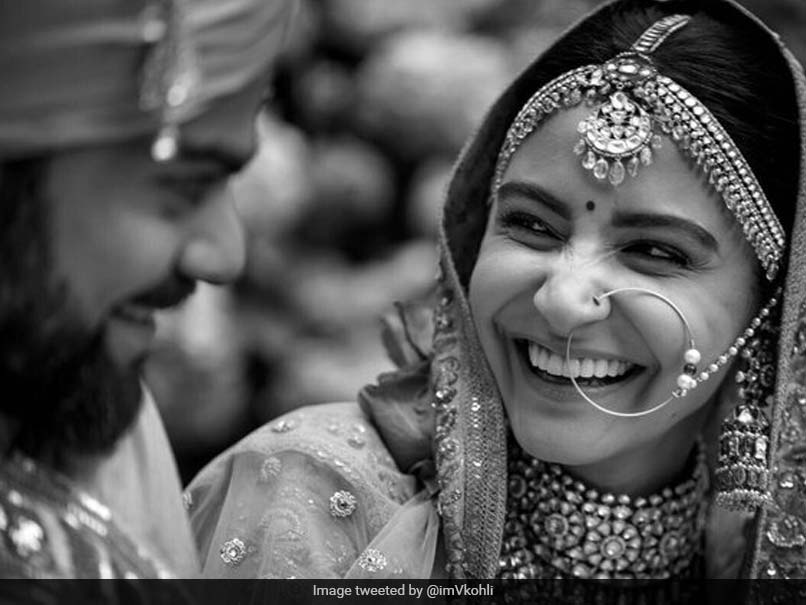 Virat Kohli and Anushka Sharma celebrate their third wedding anniversary today and the India captain marked the occasion by sharing a picture with his wife on Twitter, captioning the post: "3 years and onto a lifetime together". The star pair had got married on December 11, 2017. They, however, will not be together today, with Virat Kohli on tour of Australia with the Indian team. He will be reunited with his wife soon, after being given paternity leave, which will see him return home after the first Test in Adelaide that begins on December 17.

3 years and onto a lifetime together pic.twitter.com/a30gdU87vS

India are scheduled to play a four-Test Border-Gavaskar Trophy series.

India lost the ODI series 1-2 after losing the opening two matches on their tour, but bounced back brilliantly. They won the final ODI in Canberra, and went on to win the first two Twenty20 Internationals, taking a 2-0 unbeatable lead to clinch the series.

However, India's bid to whitewash the hosts were scuppered by a fine batting display from Matthew Wade and Glenn Maxwell as Australia won the final T20I to end India's winning streak in the shortest format.

The focus will not shift to the much-anticipated Test series, but India will be without their captain and star batsman for three Test matches.

Their is also a cloud over the fitness of Rohit Sharma and it is still uncertain when he will fly to Australia.