India vs Australia, 3rd T20I: India fell short of the 187-run target by 12 runs as their streak of 10 consecutive T20I wins came to an end in the dead rubber against Australia. 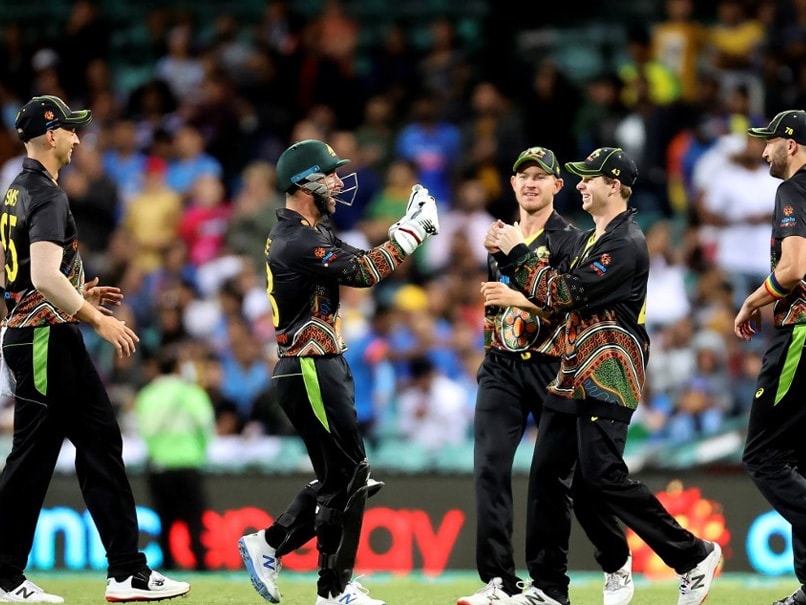 A fighting 85 from India captain Virat Kohli was not enough as Australia beat the visitors by 12 runs in the third T20 International in Sydney to avoid a series whitewash. Matthew Wade and Glenn Maxwell's half-centuries and a three-wicket haul by Mitchell Swepson helped Australia beat India, who won the series 2-1. Wade smashed 80 off 53 deliveries, while Maxwell hit 54 as Australia set a 187-run target for India, but with no batsman offering substantial support to Kohli, India failed to chase down the total, with Mitchell Swepson bowling a match-winning spell.

The defeat brought an end to India's 10-match winning streak in the shortest format of the game. It also ended India's hopes of registering a 100 per cent win record in T20Is in the calendar year.

India got off to a good start after winning the toss and choosing to bowl, with Washington Sundar striking to remove Aaron Finch in the second over.

But Matthew Wade picked up from where he left off in the second T20I, scoring freely with support from Steve Smith. After Smith fell in the 10th over, the in-form Maxwell joined Wade.

Wade soon raced away to his second consecutive half-century as the duo took the attack to the Indian bowlers.

India were sloppy in the field, with Maxwell dropped twice. Yuzvendra Chahal thought he had the right-hander, when he skied a shot that was caught easily, but replays showed that it was a no-ball as the spinner had overstepped.

Wade fell for 80 off 53 deliveries in the penultimate over, having hit seven boundaries and two sixes.

Maxwell was bowled by T. Natarajan in the 20th over, after he hit a half-century. He hit three boundaries and three sixes in his 36-ball 54 as Australia posted 186/5 on the board.

With figures of 2/34, Washington Sundar was India's best bowler on the night.

India faced a setback right at the start of the chase, with KL Rahul hitting Glenn Maxwell straight to long on off the second ball of the innings.

Virat Kohli almost followed suit in the third over, but this time Steve Smith dropped the catch, giving Kohli a second life.

Kohli, who was dropped again by Andrew Tye off his own bowling, made the most of his opportunities, scoring his 25th T20I half-century, even as India lost Shikhar Dhawan, Sanju Samson and Shreyas Iyer in a short span to legspinner Mitchell Swepson.

Hardik Pandya offered some support in the form of fire-power at the death, but miscued a shot off Adam Zampa in the 18th over to leave Kohli with too much to do.

With 36 required off the last two overs, Kohli tried to go after Tye from the start of the 19th over, but hit the first delivery to backward point where Daniel Sams took a brilliant diving catch.

Kohli hit four boundaries and three maximums in his 61-ball 85, but the knock was not enough as Australia comfortably saw the match through.

Mitchell Swepson was Australia's star with the ball, picking up three wickets for just 23 runs in his four overs.

After Australia won the ODI series 2-1, India have now won the T20I series. The two teams will now face off in four Test matches, beginning on December 17.

Matthew Wade Mitchell Swepson Cricket
Get the latest updates on Fifa Worldcup 2022 and check out  Fifa World Cup Schedule, Stats and Live Cricket Score. Like us on Facebook or follow us on Twitter for more sports updates. You can also download the NDTV Cricket app for Android or iOS.