Australia vs India: India chased down the 195-run target with two balls to spare to seal the 3-match T20I series with a game left in Sydney on Sunday. 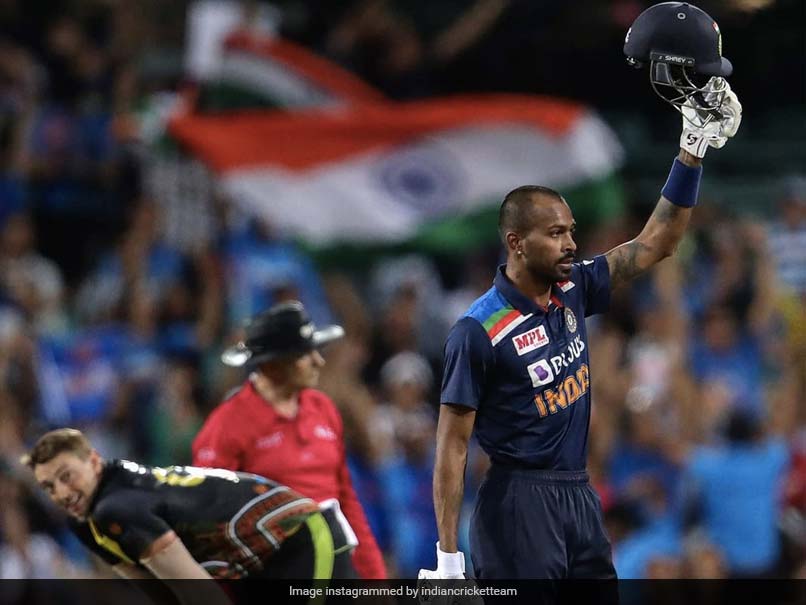 India beat Australia by six wicketsto clinch the three-match Twenty20 International (T20I) series with a game to spare at the Sydney Cricket Ground on Sunday. With 14 runs needed off the last over, Hardik Pandya finished the game with two sixes as India got over the line with two balls to left. Chasing a big total of 195, Shikhar Dhawan gave the visitors the perfect platform with a brisk half-century. Dhawan got ample support from captain Virat Kohli (40) and KL Rahul (30). Shreyas Iyer, coming in to bat at number six, also contributed with a quick cameo.

Mitchell Swepson was the pick of the bowlers for Australia. The leg-spinner picked up a wicket and gave away just 25 runs.

Wade smashed 10 boundaries and a six during his 32-ball knock.

Steve Smith carried on the momentum in the middle overs and scored 46 runs off 38 deliveries.

Late flourish from Marcus Stoinis and Moises Henriquespropelled Australia to an imposing total of 194 for five from their 20 overs.

For India, T Natarajan was the pick of the bowlers. He returned with figures of two for 20 from his four-over spell.

Yuzvendra Chahal, player of the match from the previous game, was taken to the cleaners by the Australian batsmen.

The leg-spinner gave away 51 runs from his four overs and picked up just one wicket.

Both teams will return to the same venue for the final T20I on Tuesday.

Hardik Pandya T Natarajan Australia vs India 2020-21 Cricket Australia vs India, 2nd T20I
Get the latest updates on Fifa Worldcup 2022 and check out  Fifa World Cup Schedule, Stats and Live Cricket Score. Like us on Facebook or follow us on Twitter for more sports updates. You can also download the NDTV Cricket app for Android or iOS.