Tom Latham broke a finger on his right hand claiming the final catch before Australia's declaration on day four of the third Test in Sydney. 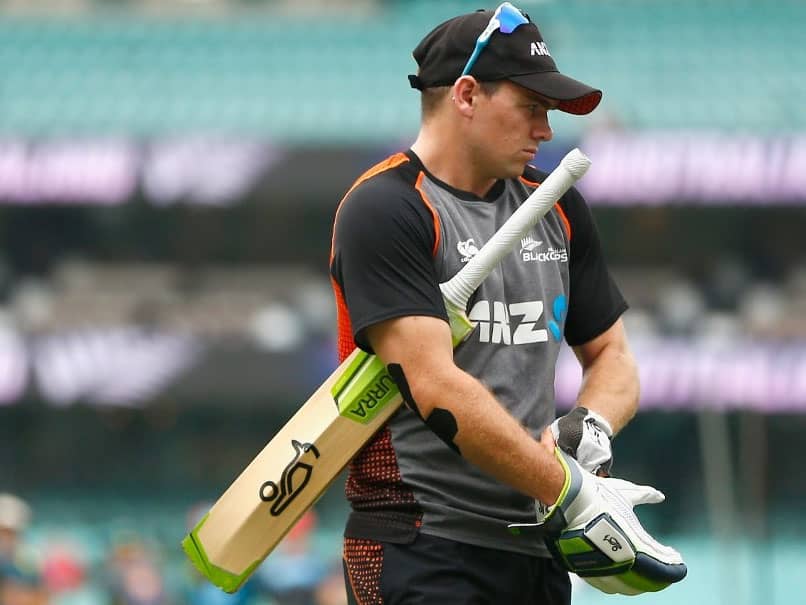 New Zealand's ranks were depleted further Wednesday with batsman Tom Latham out with a broken finger leaving the Black Caps down seven players through either injury or illness. Latham broke a finger on his right hand claiming the final catch before the Australian declaration on day four of the third Test in Sydney. As the team prepared to return to New Zealand on Wednesday after being thrashed 3-0 by Australia, Stead said Latham would be sidelined for approximately four weeks.

Any further delay could put him in doubt for the first Test against India next month.

Latham, who was New Zealand's stand-in captain for the third Test, went out to bat in the second innings despite the injury and faced 15 deliveries before he was dismissed for one.

Regular skipper Kane Williamson, who missed the third Test along with Henry Nicholls and Mitchell Santner because of illness, was said to be slowly returning to full health.

The injured Trent Boult (hand), Matt Henry (thumb) and Lockie Ferguson (calf-strain) were also expected to be fit again for the India Tests but with a question mark over whether they would play in the preceding Twenty20 and one-day internationals.

Bowling spearhead Boult, who was injured by a fearsome delivery from Mitchell Starc, was "touch-and-go to be available" for the Twenty20 series, Stead said.

India play five Twenty20 matches, starting on January 24, to be followed by three one-day internationals before the first Test starts in Wellington on February 21.

Tom Latham Cricket
Get the latest updates on India vs Australia Series, check out the India vs Australia Schedule for 2020-21 and Ind vs Aus live score . Like us on Facebook or follow us on Twitter for more sports updates. You can also download the NDTV Cricket app for Android or iOS.