The new Team India jersey has some interesting facts engraved on it. 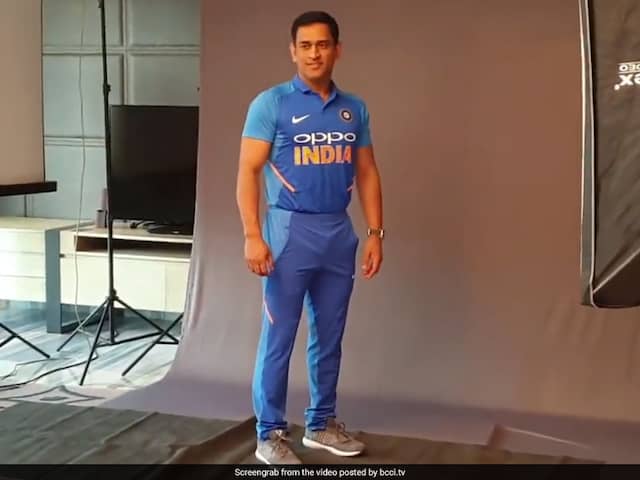 "This is out new jersey which we will be sporting during the ODI series. It helps to be agile on the field. One interesting fact that the jersey also has is, along with all the colours, the dates when we won the first World Cup, the T20 World Cup and our second 50-over format World Cup winning date in Mumbai," Rohit told bcci.tv.

"All these facts are rare and it is pretty nice and good looking."

India will look to put their best foot forward and fine-tune their game in their final One-day International assignment before the ICC World Cup 2019, which will get underway from May 30. The first ODI of the five-match series between India and Australia will be played in Hyderabad on Saturday.

The challenge against Australia, who recently swept the two-match T20I series, will help India figure out a balance for the World Cup squad.

India will begin their 2019 World Cup campaign against South Africa at The Rose Bowl in Southampton on June 5.