Arjun Tendulkar made his senior debut for the Mumbai T20 team on Friday in a Syed Mushtaq Ali Trophy clash against Haryana in Mumbai. 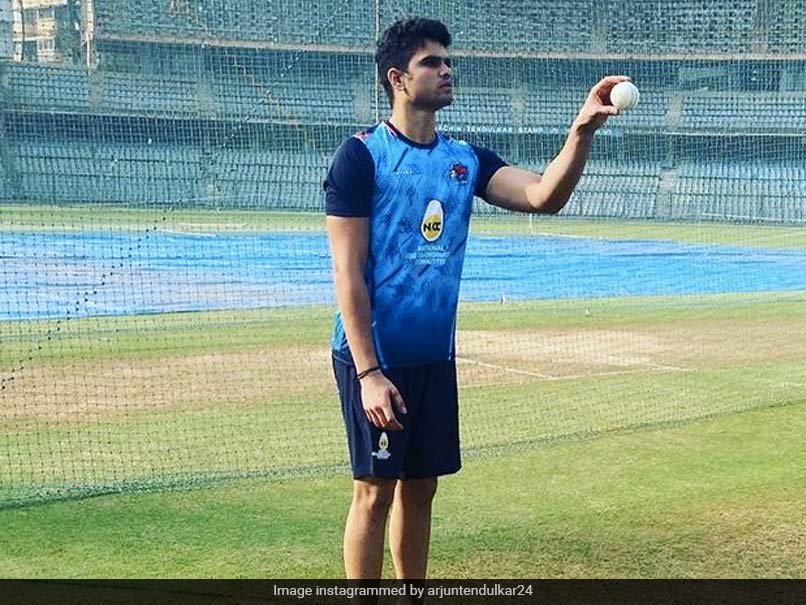 Arjun Tendulkar, son of the great Sachin Tendulkar, made his senior debut for the Mumbai T20 team in the Syed Mushtaq Ali Trophy on Friday. Mumbai are up against Haryana at the Bandra Kurla Complex in Mumbai in a Group E clash and Arjun, 21, made his first footprint for the senior state side. Arjun has already played for India U-19 and Mumbai U-19 teams. He is the son of the leading scorer in Test and One-day International cricket, Sachin Tendulkar, who is a leading sports icon in India and one of the all-time great batsmen. Sachin, too, played domestic cricket for Mumbai, his place of birth.

Arjun first made it to the Mumbai U-19 side in 2017 and then graduated to the India U-19 squad the following year.

He was part of India's Youth Test tour to Sri Lanka in 2018 and has played for the Marylebone Cricket Club (MCC) Young Cricketers in the Second Eleven Championship in England.

Mumbai have had an ordinary start to their Syed Mushtaq Ali Trophy campaign, having lost both their games so far.

They were hammered by a rampaging Kerala team in their last outing, at the Wankhede Stadium on Wednesday, when Mohammed Azharuddeen smashed 137 not out off just 54 balls and, in the process, hit the second-fastest century in tournament history - off just 37 balls.

Azharuddeen's knock meant that Kerala made a mockery of the 197-run target set by Mumbai on a flaccid Wankhede pitch and raced to victory in just 15.5 overs with eight wickets in hand.